Why are these two beach volleyball serving strategies specifically aiming your serve to the deep corners or deep middle of the opposing team's court effective? 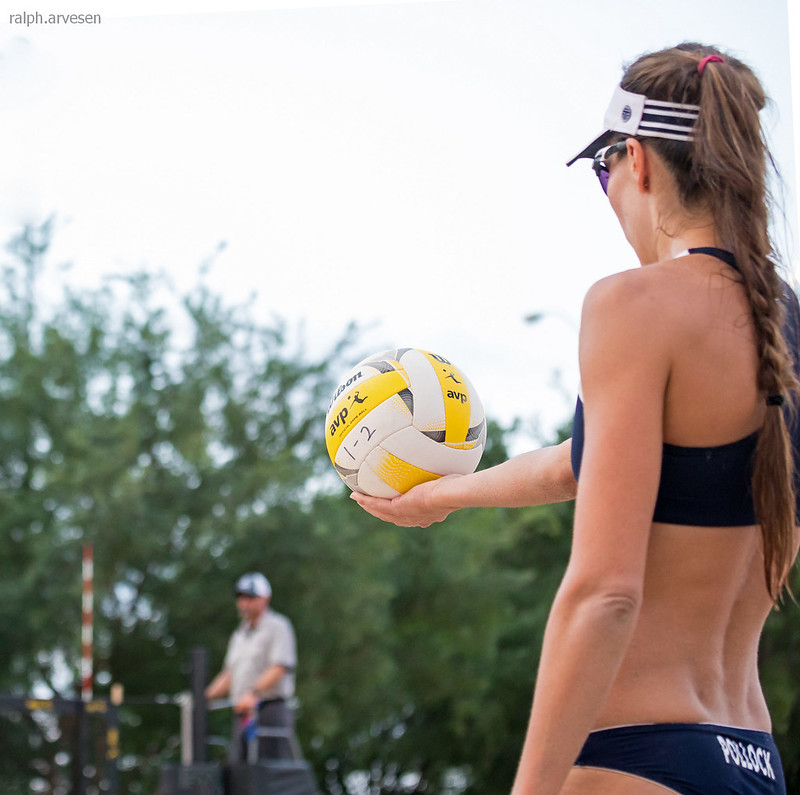 Use your beach volleyball serving to force the opposing team's players to move from their in-system passing positions to pass your difficult serve. (Ralph Aversen)

Your goal is to use your beach volleyball serves to force the opposing team's players to have to move from their comfortable passing positions to pass your difficult serve.

What Should Your Beach Volleyball Serving Strategy Accomplish? 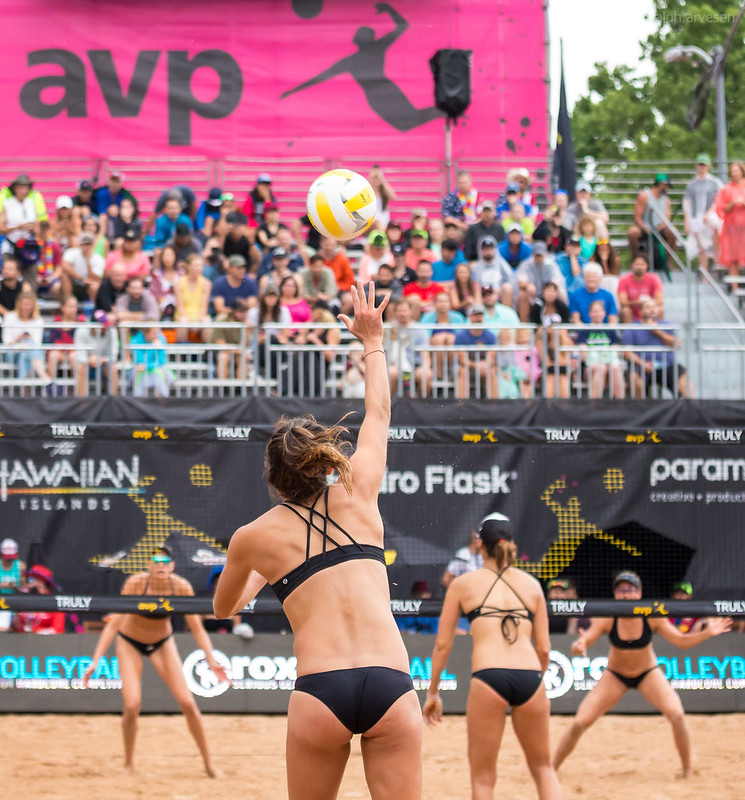 Beach Volleyball Serving: The shortest distance between 2 points is a straight line very evident when a player stands in the middle of their baseline and serves to the opposing endline. (Aversen)

Most importantly the server forces one of the opposing beach volleyball team's players to pass or serve receive outside of their comfort zone which is usually their starting serve receive position in the middle of the court.

If you serve an easy loopy ball over the net you are not making their job to pass the ball difficult at all.

There are various ways to attack the other team with your serve. 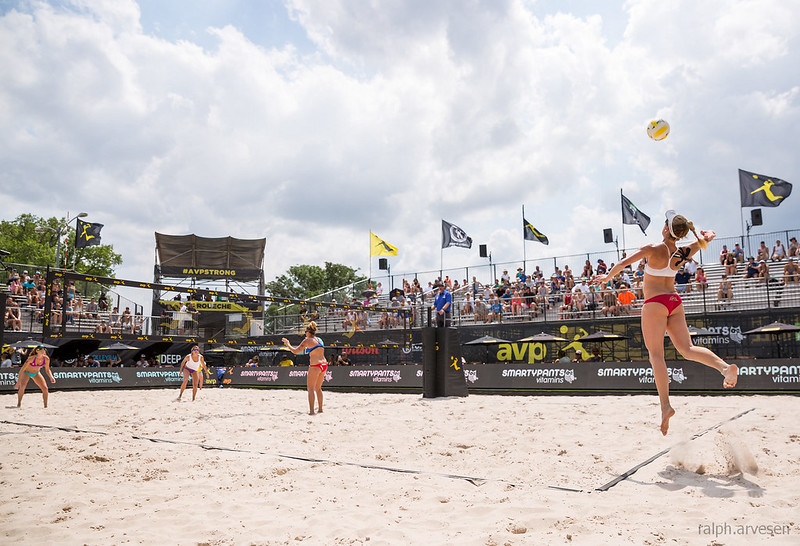 By 'attacking' I mean to serve the ball aggressively to certain court zones. Your goal is to keep the opposing team off balance guessing what you'll do next. (R.Aversen)

The serve in volleyball is the only time a player has total and complete control of the game.

It's in that moment that they can make a real difference for their team by scoring a direct point with the volleyball by "attacking with their serve."

Your goal is to keep the opposing team off balance and to make them guess what you are going to do next.

Speaking of serving the ball to specific areas of the court, professional players have learned the importance of directing the ball from the service line to certain zones or positions on the court.

Beach Volleyball
Serving Strategies
Why Is Serving Deep
So Effective? 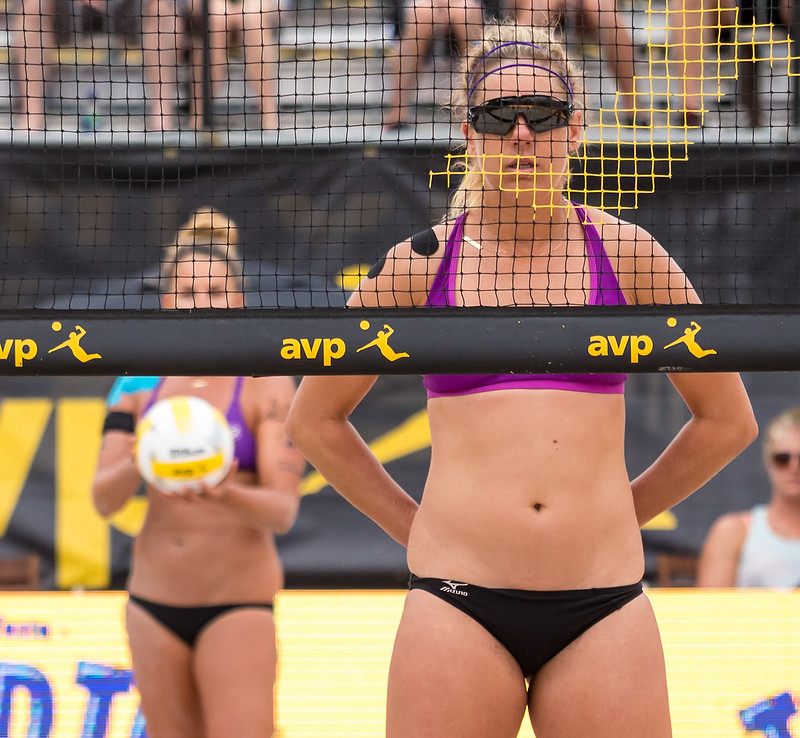 Beach Volleyball Serving: One effective way is to aim your overhand volleyball serve deep to specific zones like the corners of the opposite court. (R. Aversen)

One effective way is to aim your overhand volleyball serve deep to specific zones like the corners of the opposite court.

By serving the ball to the deep corners of the opposing team's court, the player closest to the ball is forced to turn her body and shoulders from the net to 'go chase" the ball which puts her in the vulnerable position of being further away from the net making it harder for her to pass the ball where she wants to. 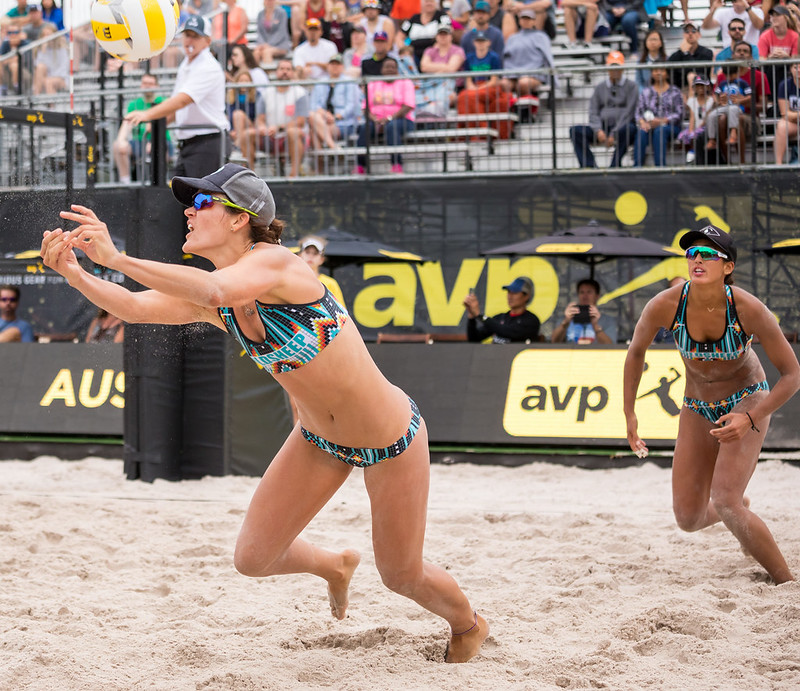 Beach Volleyball Serving: By serving deep corners the player closest to the ball is forced to turn their body and shoulders from the net to 'go chase" the ball " (R. Aversen)

Now she has to pass the ball where you want her to which is further off the net. This increases the chances of her getting an imperfect set from her partner.

The player is forced to pass the volleyball from a longer distance from the net, to her teammate who now has to make adjustments while setting the ball.

So not only is the player passing the volleyball from further away from the net, but she and her partner need to cover more space in order to get back into the "perfect" position to start their spike approach.

You want to play chess when you go back to serve a ball.

Essentially, you want to point your overhand volleyball serve to specific zones on the court which forces your opponent into a weaker position on the court. 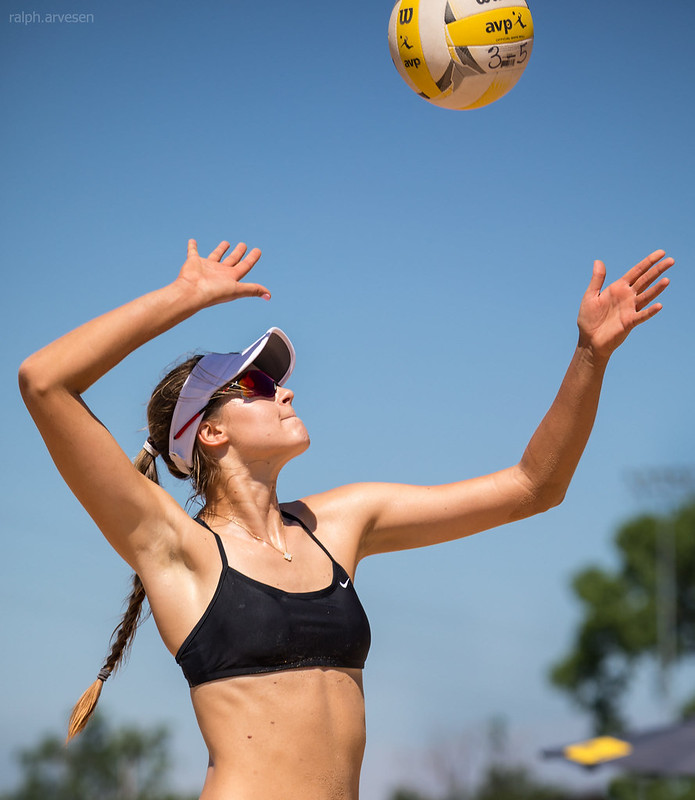 Beach Volleyball Serving: You want to point your overhand volleyball serve to specific zones on the court which forces your opponent into a weaker position on the court. (R. Aversen)

The shortest distance between two points is a straight line and no where is this more evident than when a player stands behind the middle of their baseline and serves the ball overhand straight down the middle of the court to one of the most vulnerable of volleyball serving zones---the deep middle of the opposing team's court baseline.

With a ball that's coming hard and fast between two beach volleyball players, the teammates have to communicate quickly to decide who is going to move to pass that deep ball and who is going to set. 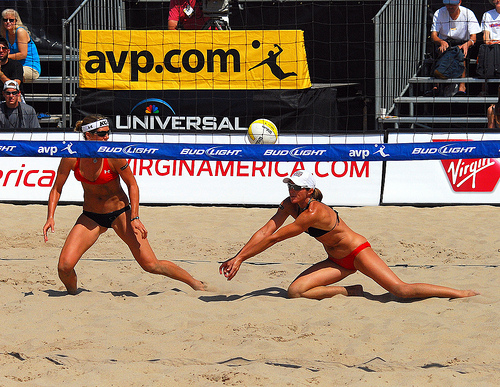 With a ball coming hard and fast between two beach passers, the teammates have to communicate quickly to decide who is going to move to pass that deep ball. (Steve Corey)

When directing an overhand volleyball serve to this zone on the court its called the "husband and wife' serve because the two players end up fighting over the ball which often falls as an ace serve between the two of them.

Be sure to check out more articles about the overhand volleyball serve and other beach skills in the pages below.

Starts May 1 at 9am Ends Today 9pm