Volleyball Hit. The 3 main hits used in volleyball are the bump, the set and the spike hit. The roll shot, cut shot and deep tip are 3 more ways to hit a ball.

Volleyball Hit. The 3 main hits used in volleyball are the bump, the set and the spike hit. The roll shot, cut shot and deep tip are 3 more ways to hit a ball. (Ralph Aversen)

The volleyball hit most commonly used in a game is the

What are the three main hits? 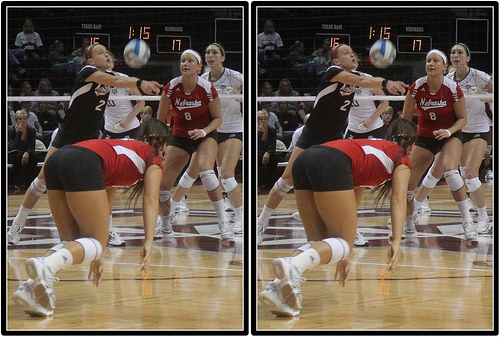 The volleyball hit. The bump is an underhand contact made by clasping the wrists of both arms together to create a "platform" used to contact the bottom of a ball.

The bump is usually the first volleyball hit made in a game after an opposing team's serve.

The set is usually the second hit made during a rally after a teammate has bumped or passed the ball to the front row.

The attack hit is usually the third and final hit allowed per side and is used to send the ball over the net in a rally.


Fast Sets To The Outside Hitter⁠
⁠
⁠
The most common FAST volleyball offensive plays set to the left side:⁠
⁠The "Hut" - a medium high/medium speed rainbow shaped set that fails inside the left antenna after peaking 5-6 feet above the net.⁠

Kyle connects with Tommi on the outside with a super fast "Go" set to Zone 4. ⁠


Volleyball Hit Strategy:
Where Do You Go From Here?