The members of the special defensive team were created to represent volleyball playing animal lovers like yourself. 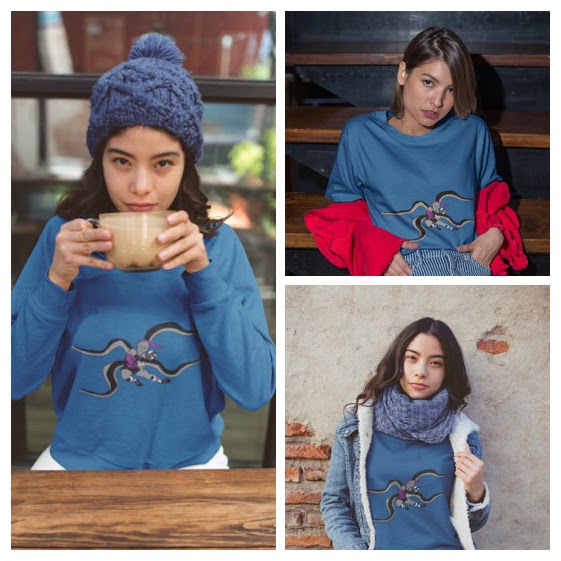 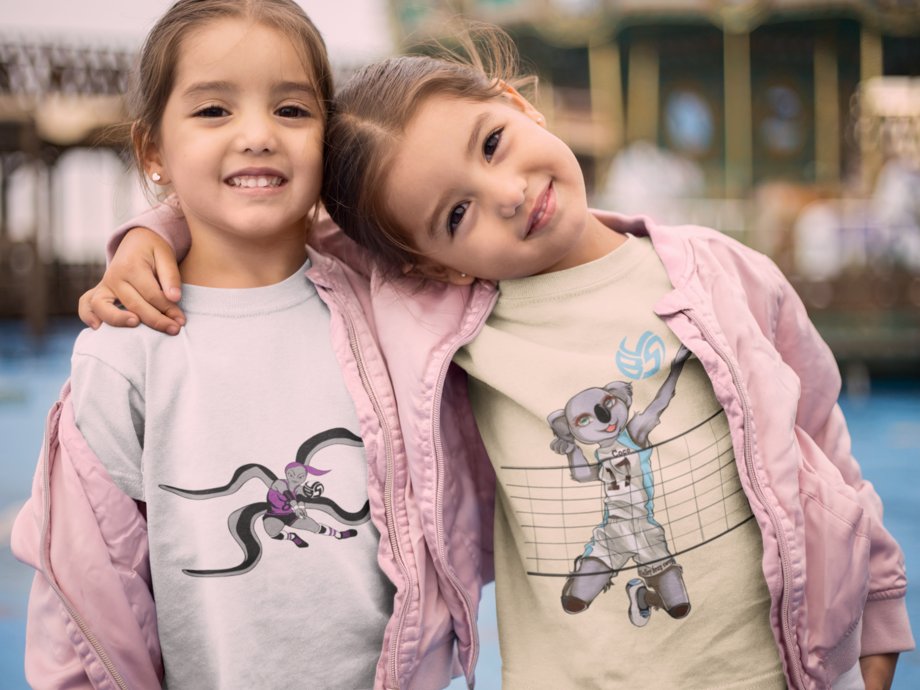 They are back court specialists specially chosen for their habits, characteristics and even emotions displayed while in their natural habitat. 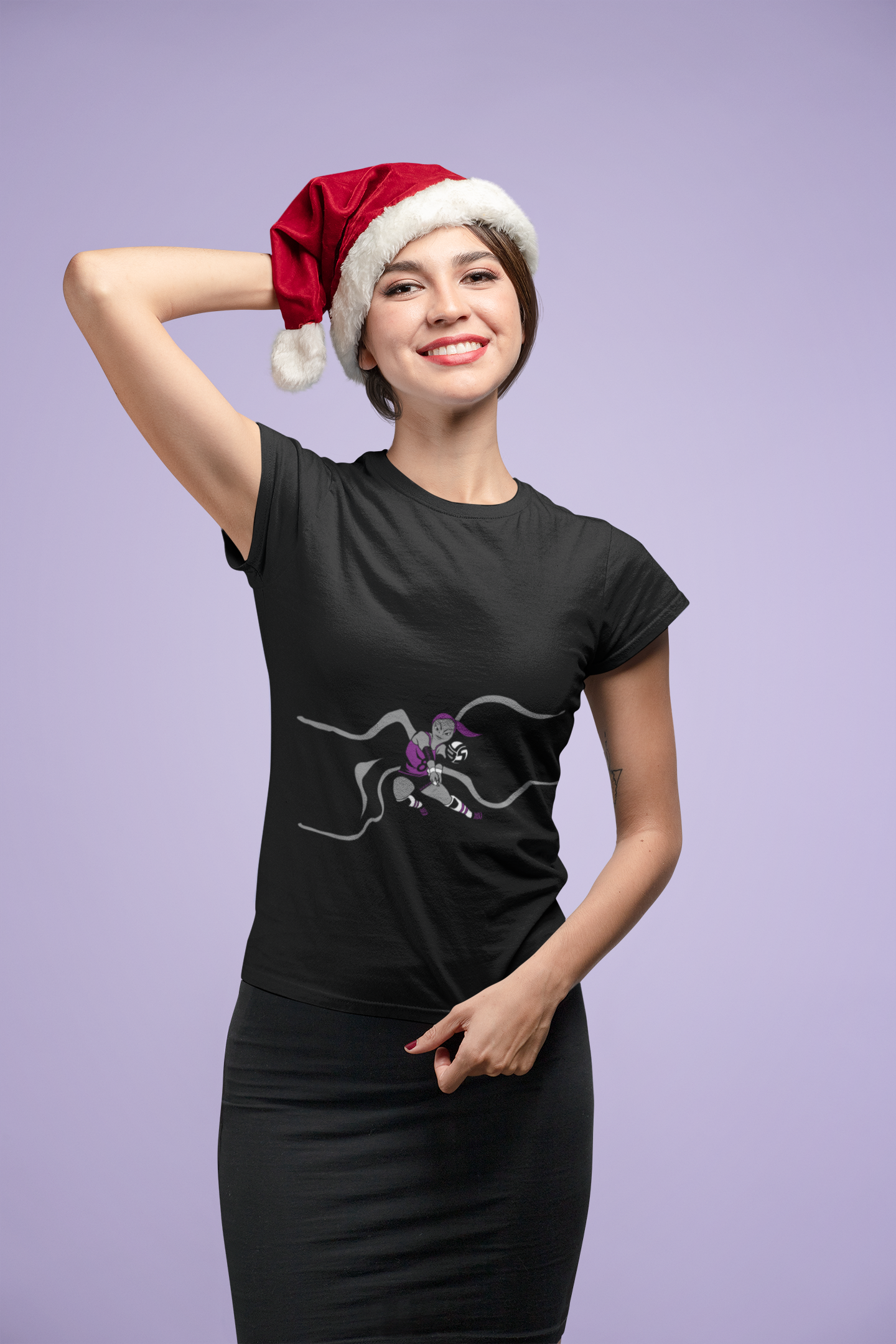 I chose specific animals that I think have habits, reactions, emotions and/or the characteristics that good high school, college, pro liberos have in order to be strong defensive players in the back court when they compete.

The Volleybragswag special defensive team unit is a group of three males headed by a strong female who leads by example by covering the court aggressively and never letting a ball fall without making a strong attempt to go for it. 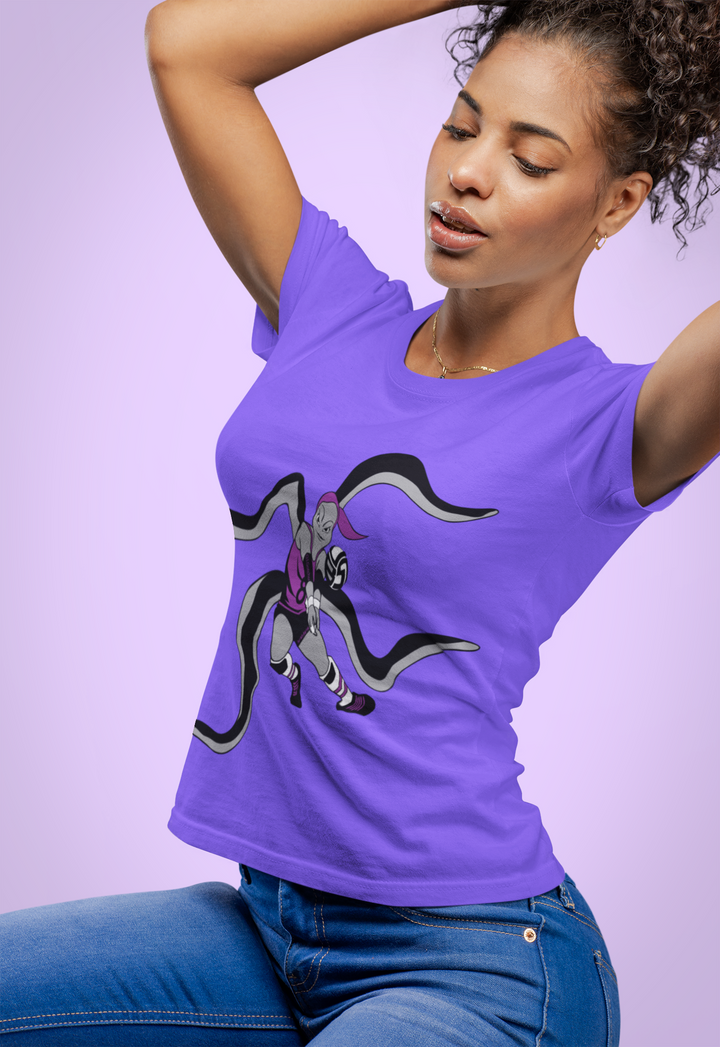 In fact, balls rarely fall when they come anywhere near her part of the floor.

You wouldn't expect anything less from a player who has eight legs, right? 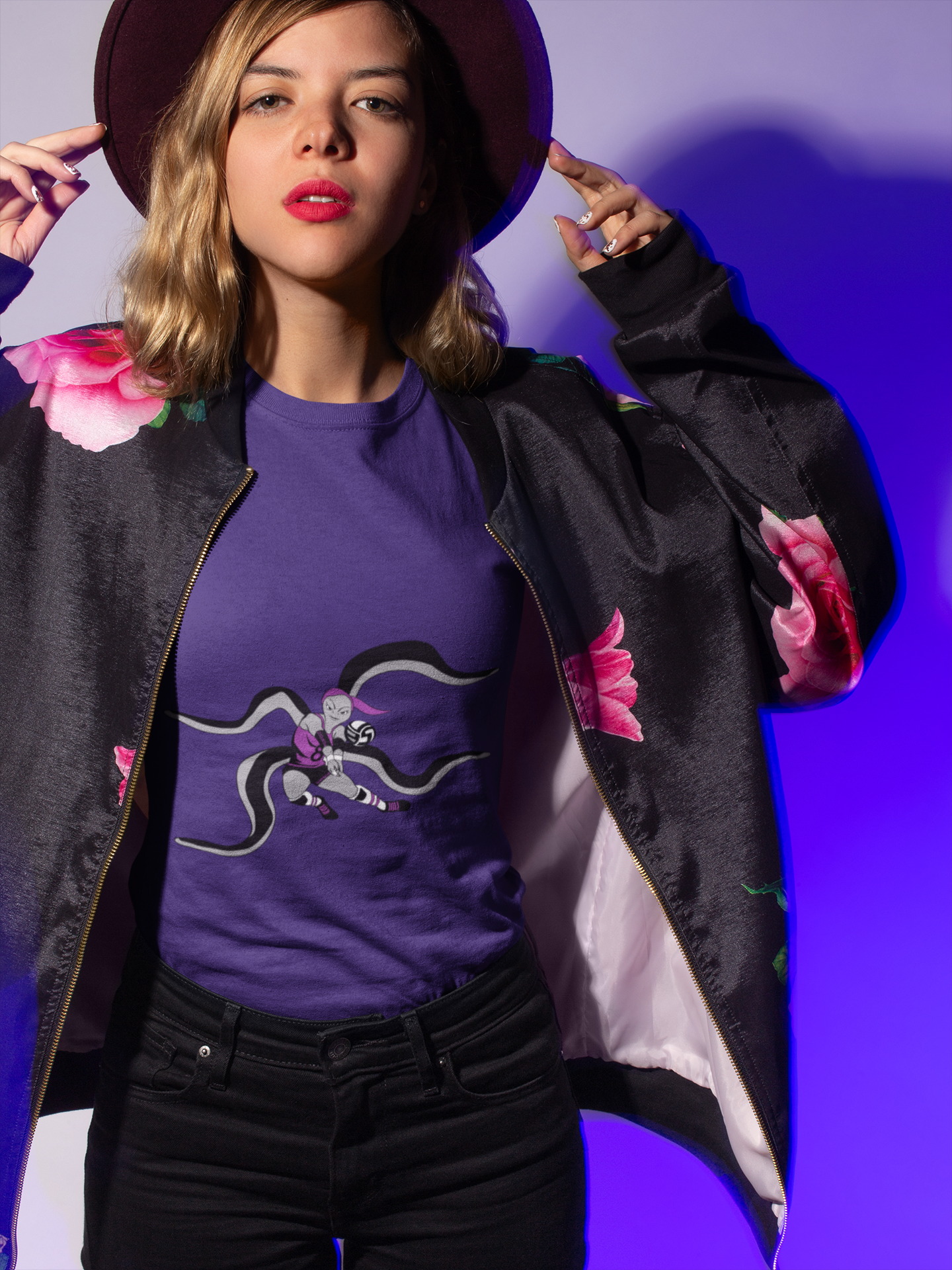 Fun Facts About The Octopus 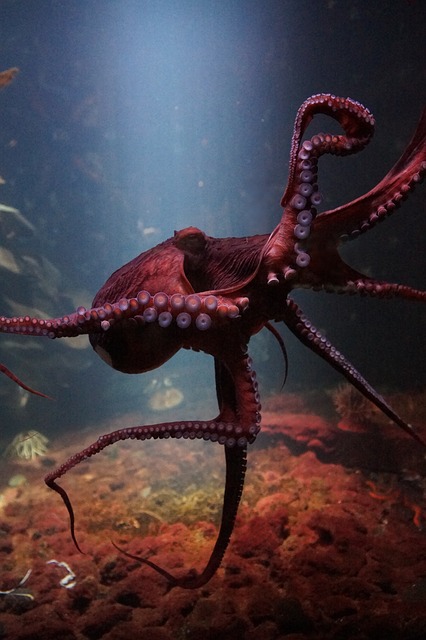 Of all the invertebrates in the world, the octopus is considered to be one of the most intelligent.

Why would I pick the octopus to be one of the Volleybragswag beast players in this season's volleyball t-shirts collection?

Here are just a few of the amazing qualities that octopuses (not octopi) have that impressed me.

Check these out and see if you agree... 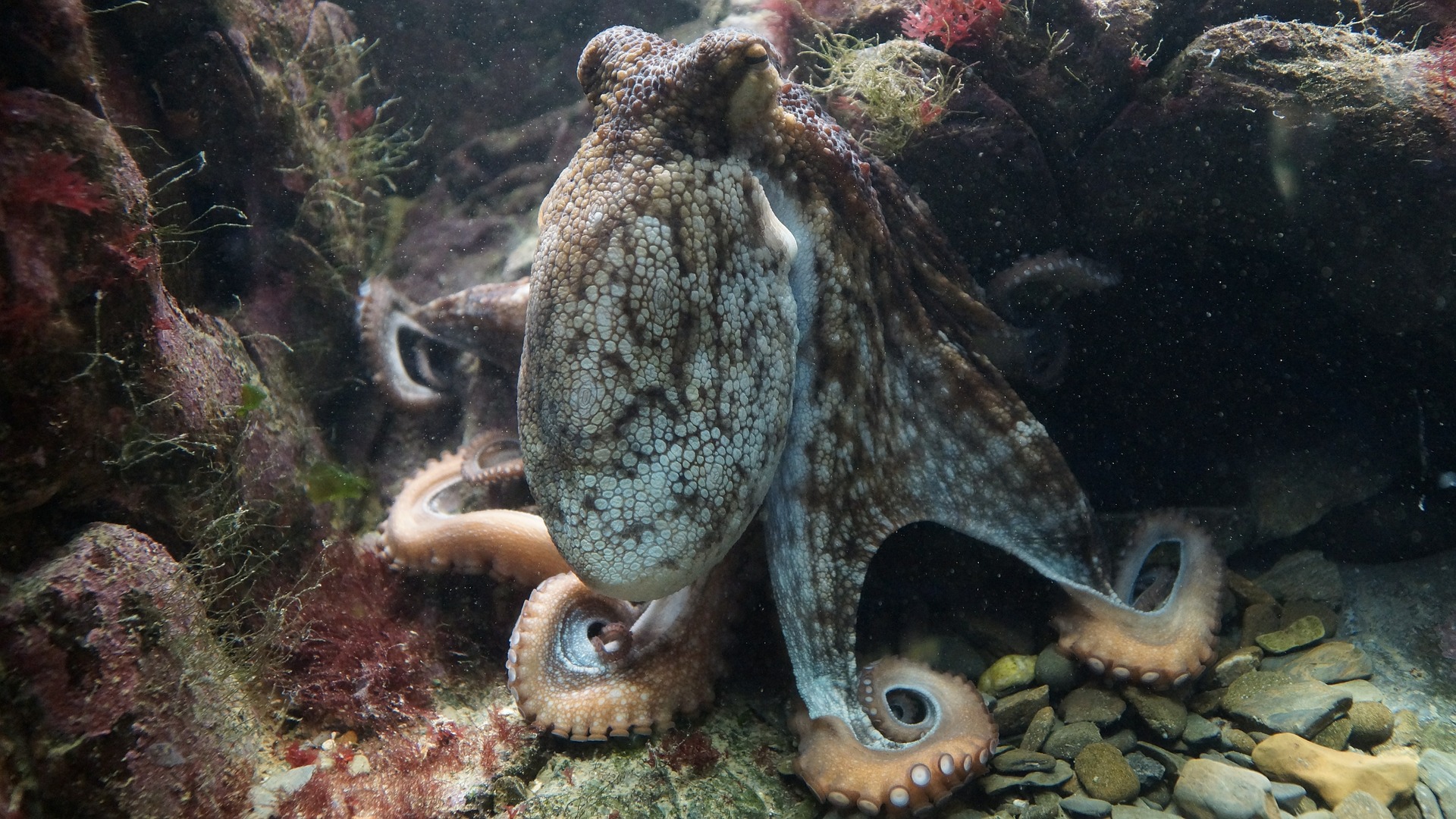 The octopus is an invertebrate which means it doesn't have any bones in their body. They can get into or squeeze through the tiniest of holes and cracks.

Of all the invertebrates in the world, the octopus is considered to be one of the most intelligent. Scientists say 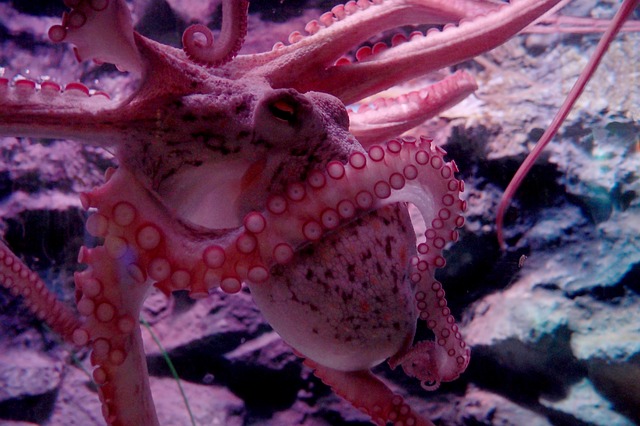 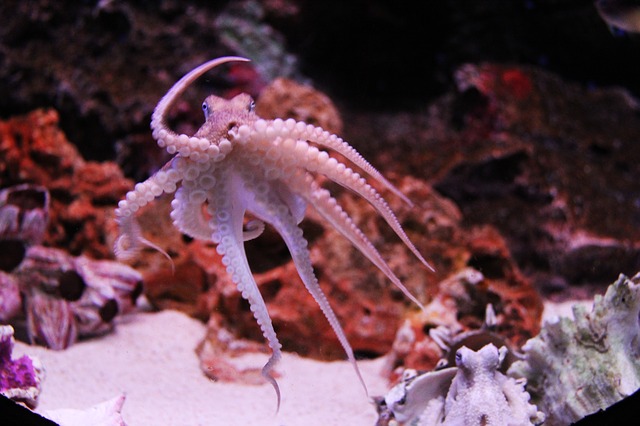 An octopus will often choose to walk instead of swim because its less stressful on his/her heart. 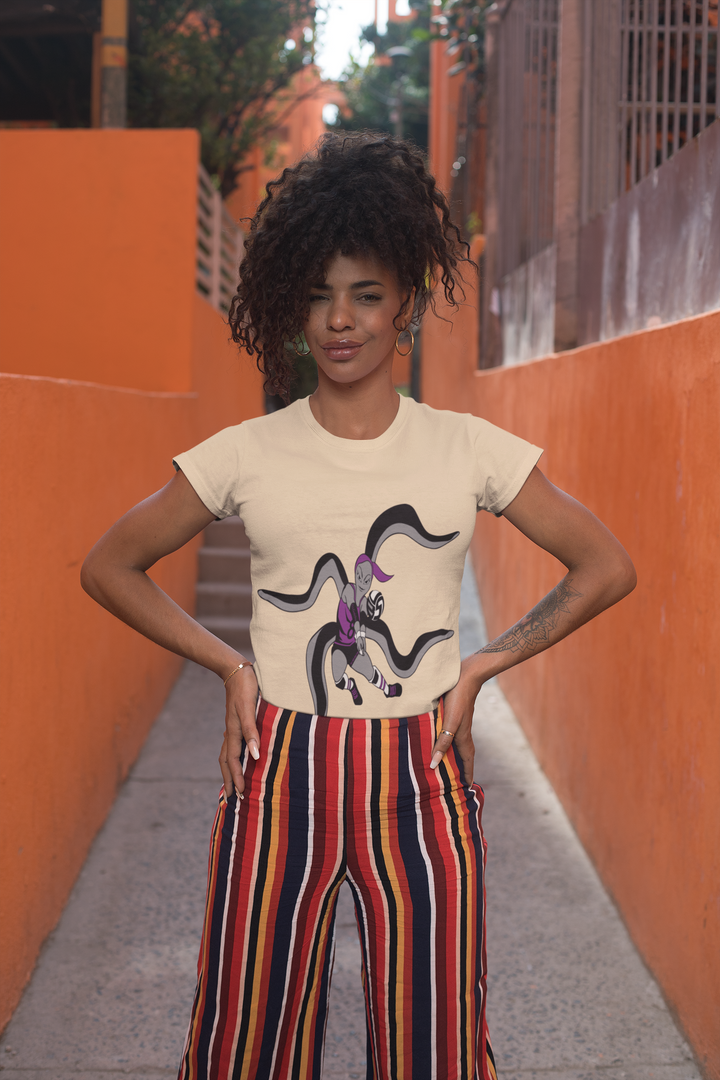 If T.T MUGB is the KING of the Court... then ladies and gentlemen, I present to you the queen...

Miss O.I. Gotchu starting libero for the Volleybragswag ALL Beast First team..and all around backrow badass. 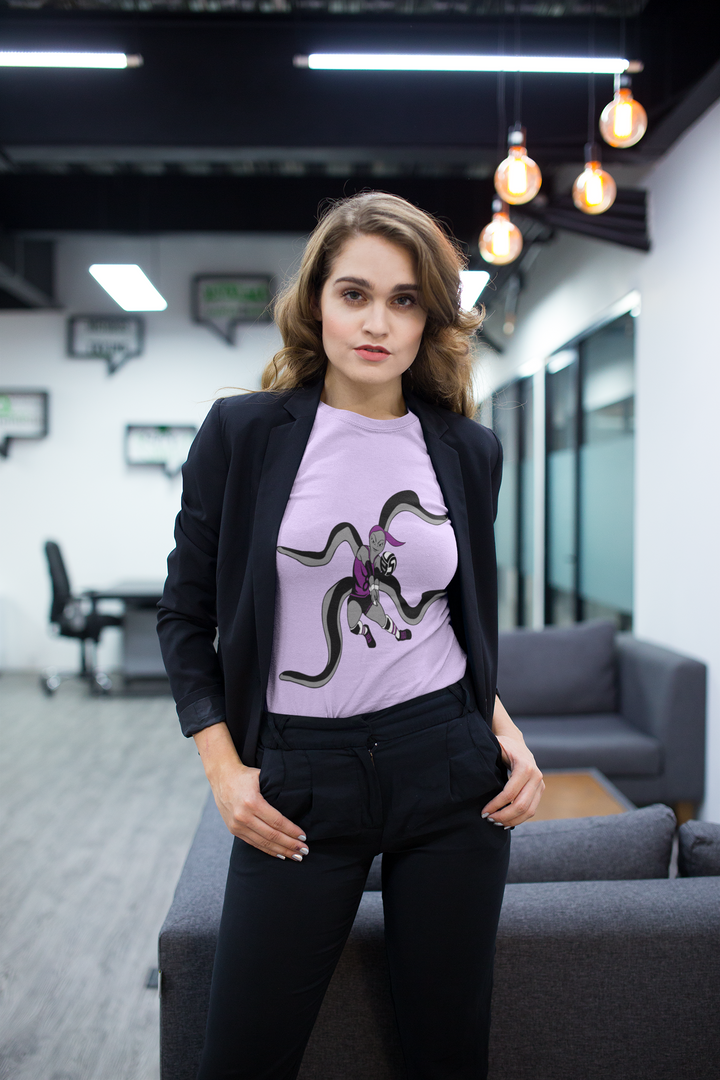 A backrow boss, O. I. Gotchu challenges YOU and all other high school and club playing liberos to BOYB!!

Bring Out Your Beast... on the court like she does..in EVERY match.

Like most hard working well-trained liberos, O.I. can seem like she's almost in two places at once. 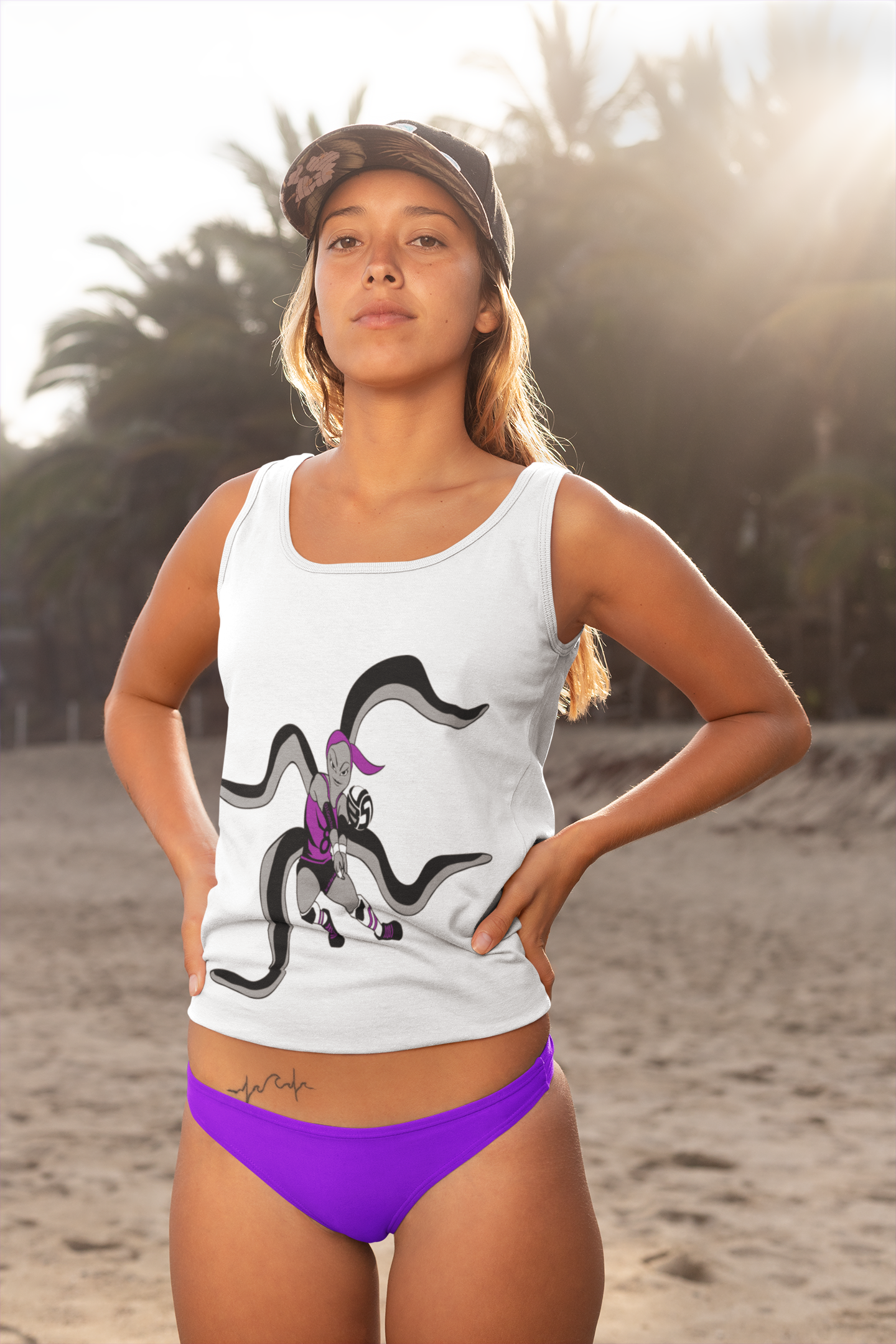 If you had eight legs, wouldn't you be? 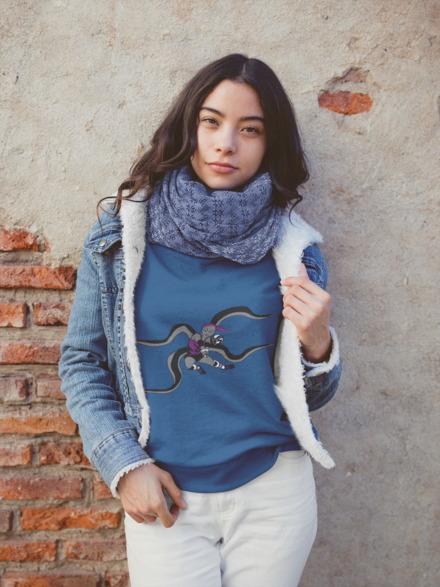 As good liberos do, she only moves when she knows where the ball is going, once its been attacked.

She'll quickly glide across the court using the least amount of steps as possible to get to the ball while staying low to the floor because she knows sooner or later...that ball HAS to come down. 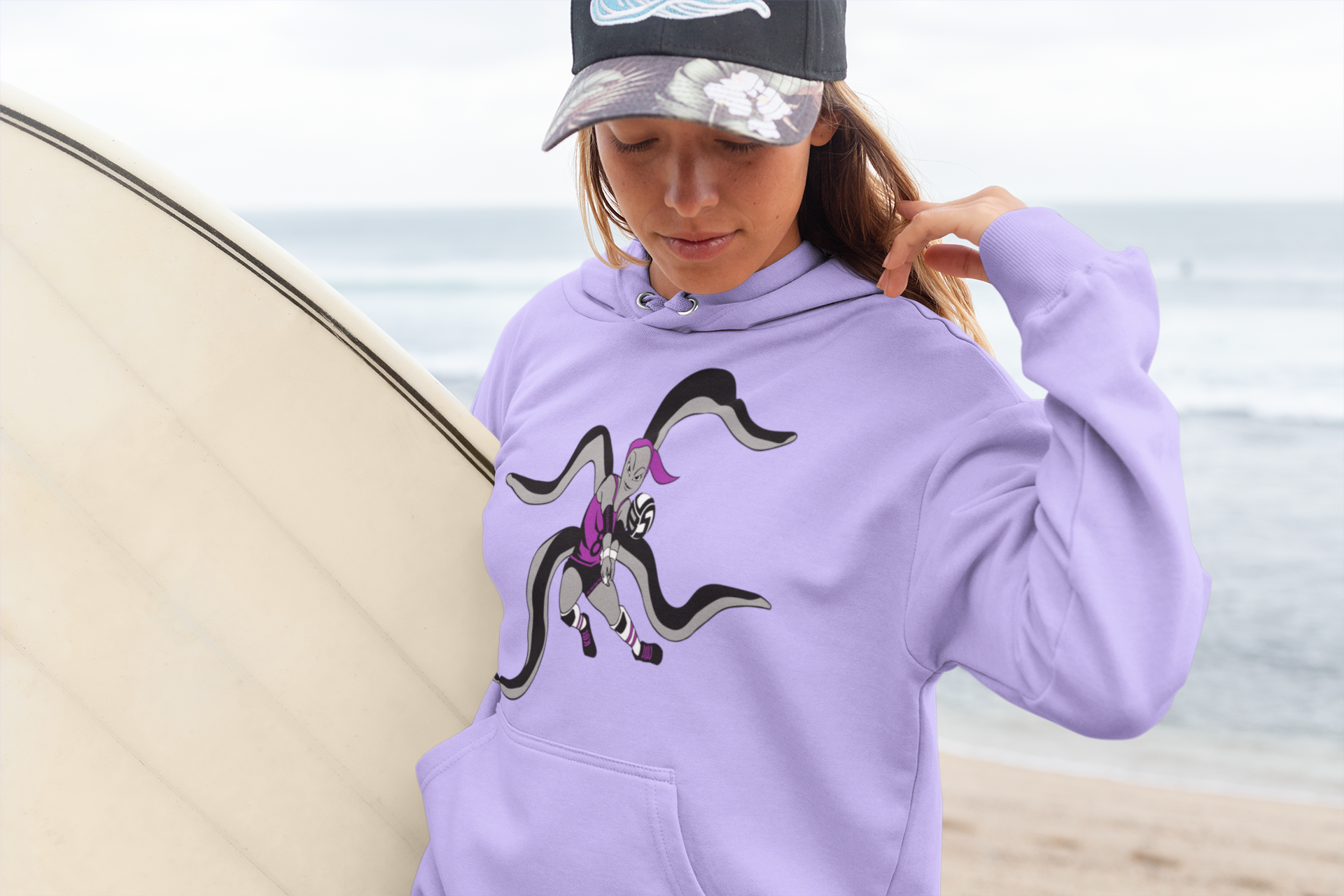 So she doesn't stand up, she stays low and patiently waits...close to the floor, blending in with her surroundings and hiding in plain sight...where she is in control... 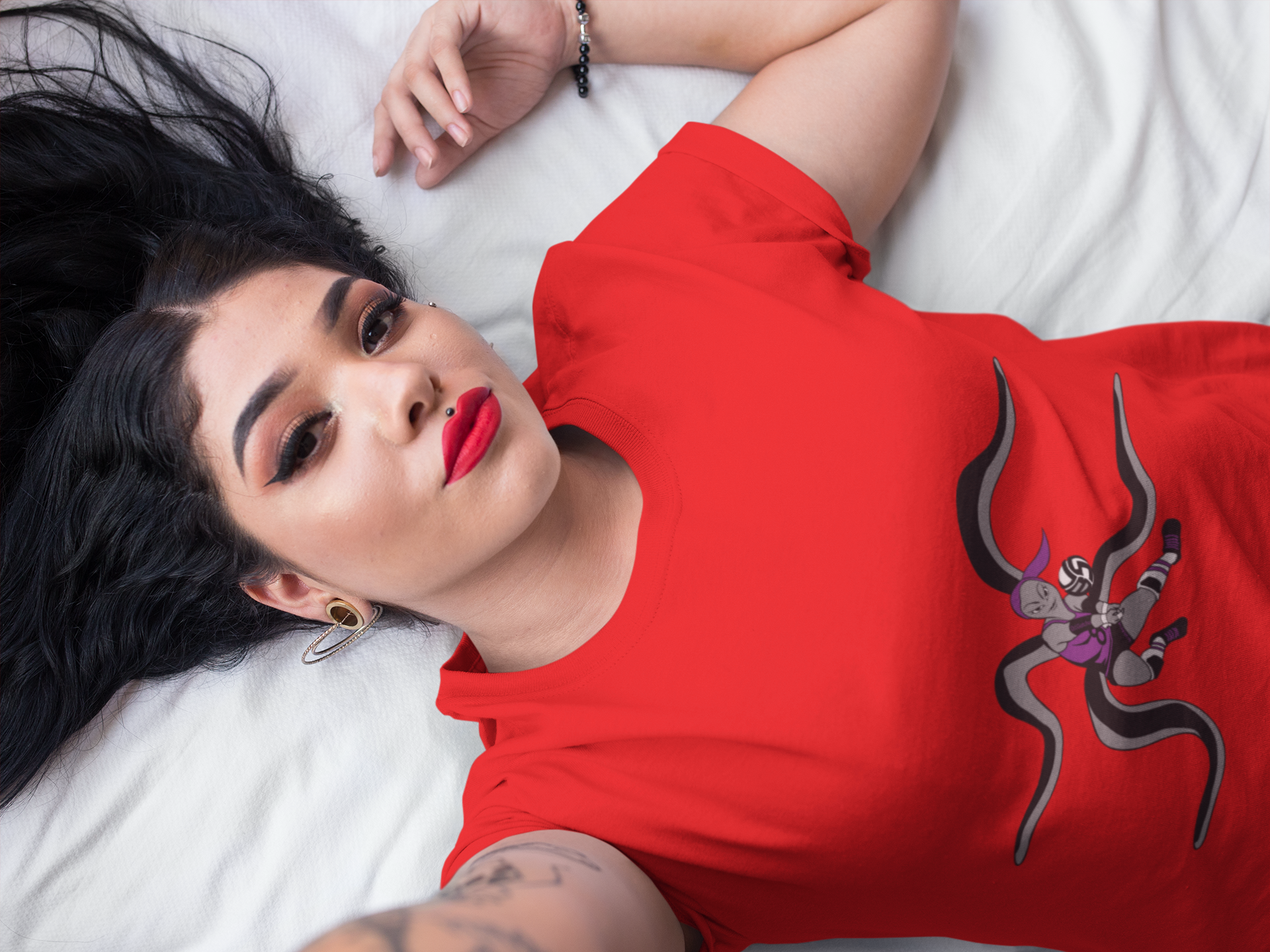 If the opposing team tips the ball to the middle of her team's court she is patient and confident and knows she's only three BIG steps away from reaching the ball with one of eight possible options to calmly play the ball high enough for the setter or a teammate to step in and do the rest. 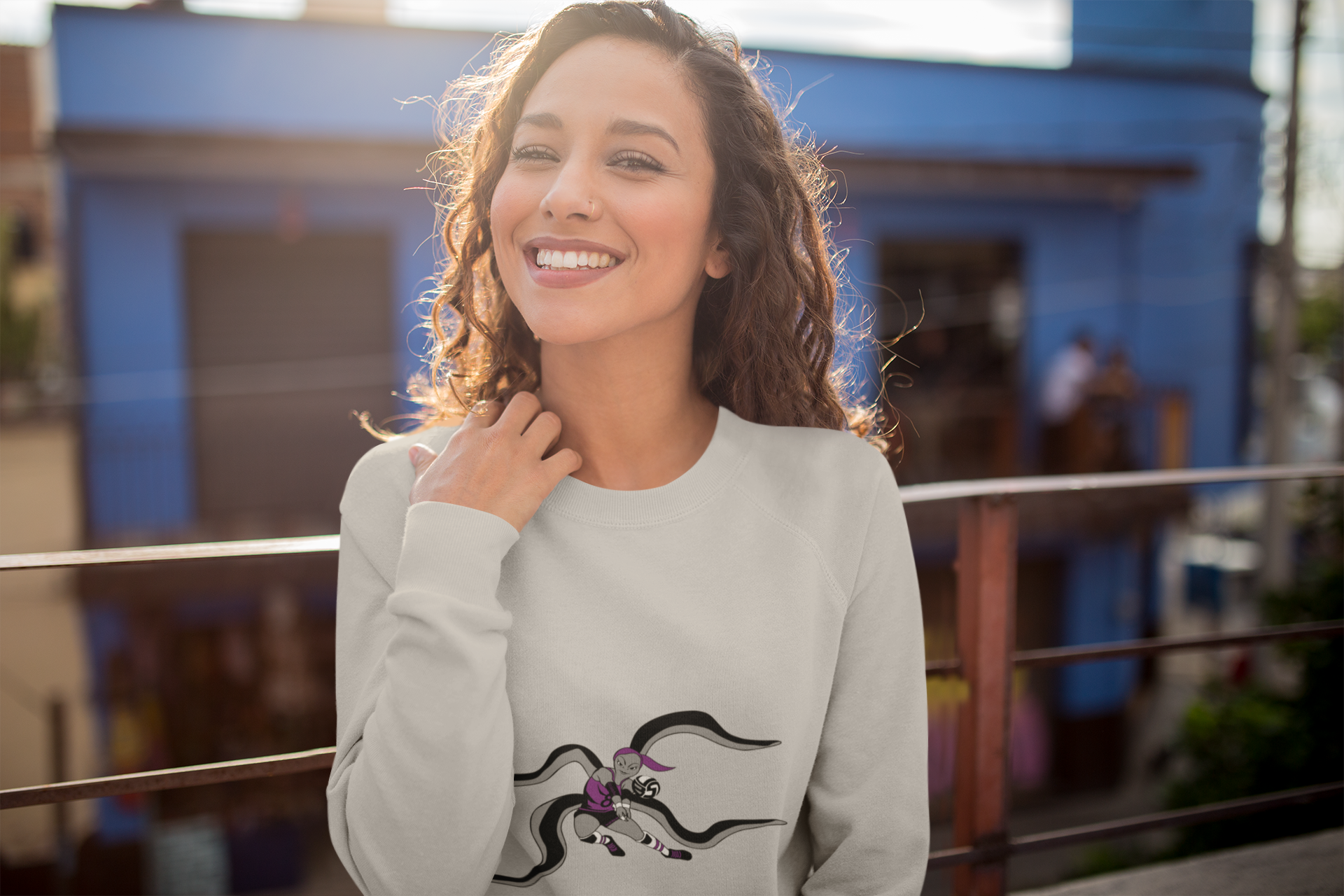 This is what helps Miss Gotchu average 5 digs per set. 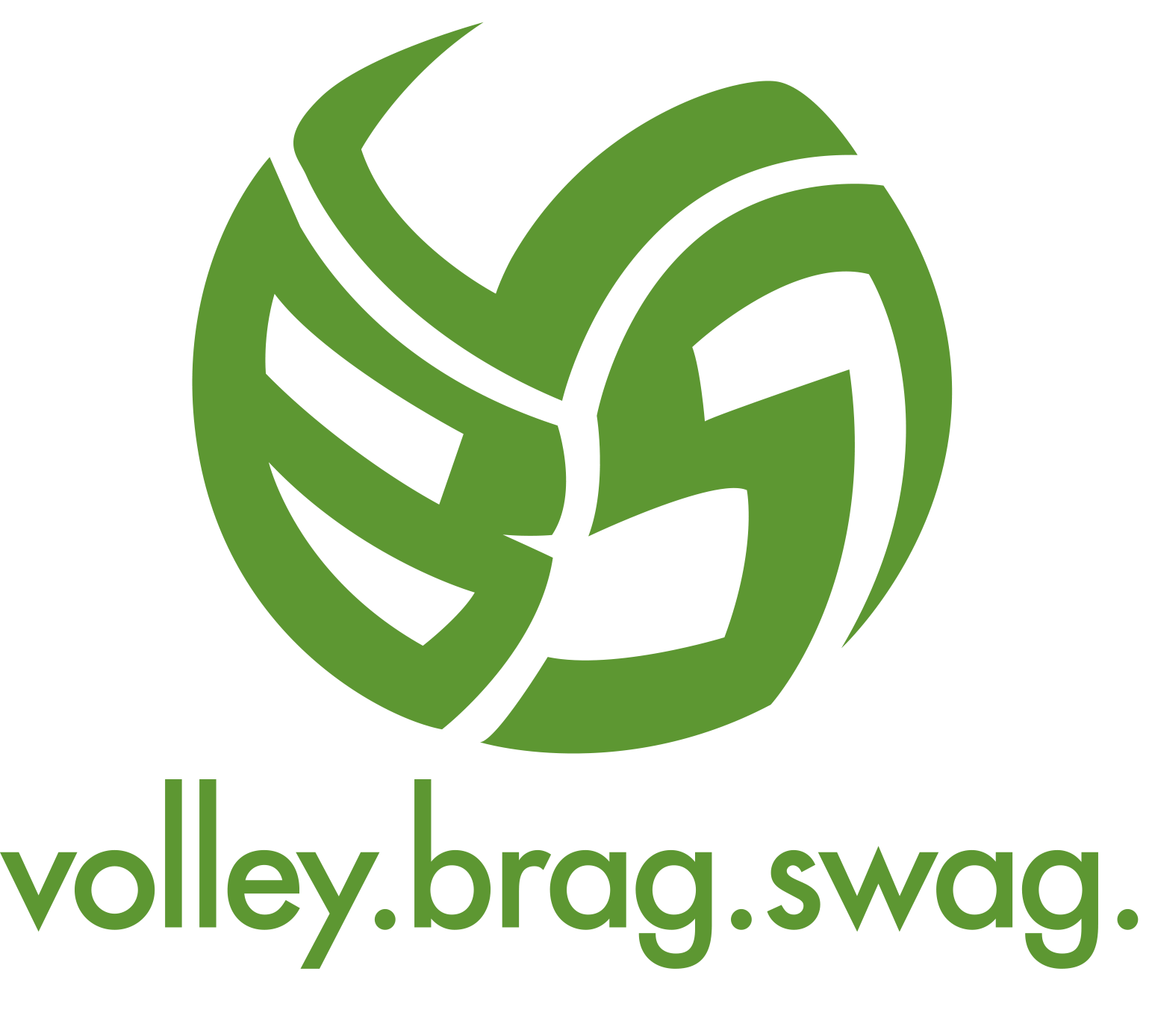 Volleyball T-Shirts with the VBS volleyball ball logo are beast-inspired attire created in 2013 by me April Chapple.

I created the signature Volleybragswag volleyball ball logo while working with a designer who originally started out by just creating a word logo.

I thought the word logo by itself was unremarkable and boring.

But a word ball...now that's one of the most interesting volleyball t shirt ideas created for a logo.

The ball is my trademarked logo and appears in all of my Volleybragswag volleyball t-shirts and designs.

I know you're going to love the new Volleybragswag collection of beast inspired designs on 100% cotton volleyball shirts, hoodies and lots of other swag.

Volleyball Shirts:
Where Do You Go From Here?

Check out more about my Volleybragswag volleyball shirts on these pages.

First, here is my disclosure about this section. Read it before you get started.

Speaking of shopping, now let me introduce you to the beast players featured on the volleyball t-shirts, hoodies, sweatshirts and fun animal shirts you can buy now on Amazon Prime and my Teespring and Sunfrog shops.