Volleyball Terms For Attacking Explained: The Down Ball and The Wipe

The "down ball" and the "wipe" are two volleyball terms for attacking the ball used on the court in offense that hitters use to score points off the net and on. 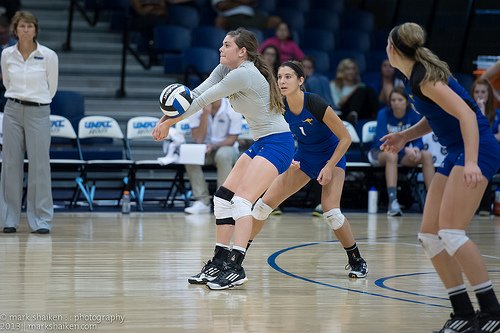 The "wipe" and "down ball" are two volleyball terms for attacking that describe how a player can attack a ball over the net with and without jumping. (Mark Shaiken photo)

There are two volleyball attacking terms that describe how you can attack a ball over the net in a way to attempt to make a point for your team.

Both volleyball terms, whether you use the "wipe" or the "down ball" hitting techniques and strategies are ways you as a hitter can choose to actually attack the ball for a point while keeping your feet on the ground and not jumping to contact the ball (for the down ball) or jumping and wiping off the blocker's arm (for the wipe). 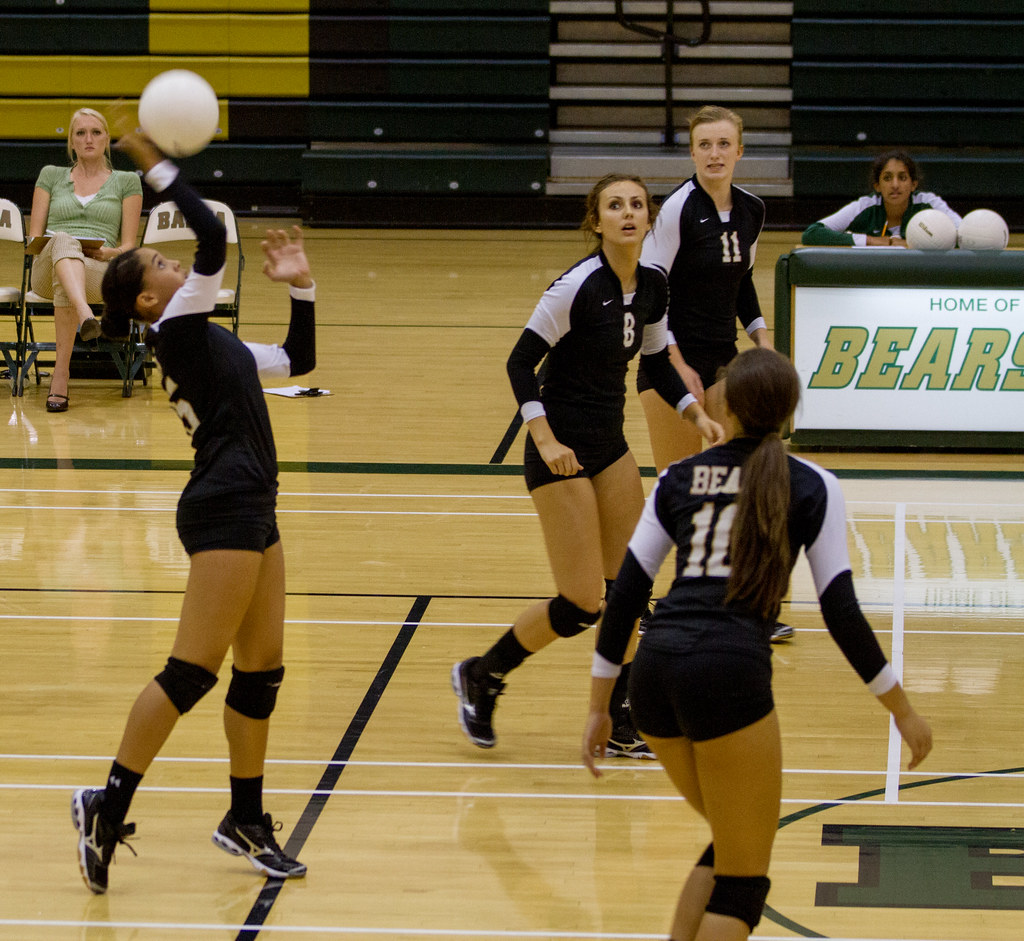 A down ball is an attack made by a player who hits the ball keeping both of their feet on the floor using the traditional armswing to get a hard driven ball into the opposing team's court.

A down ball is an attack made by a player who spikes or hits the ball keeping both of their feet on the floor and uses the traditional arm swing to get a hard driven ball into the opposing team's court.

A down ball can be initiated during any of the three contacts a team is allotted to get the ball back into the opposing team's court.

For example, although rarely seen in indoor volleyball a beach volleyball player can hit an easy serve back into the serving team's court by attacking with a down ball.

A player usually chooses to hit a down ball because for some reason they don't have time to make a spike approach before hitting the ball. 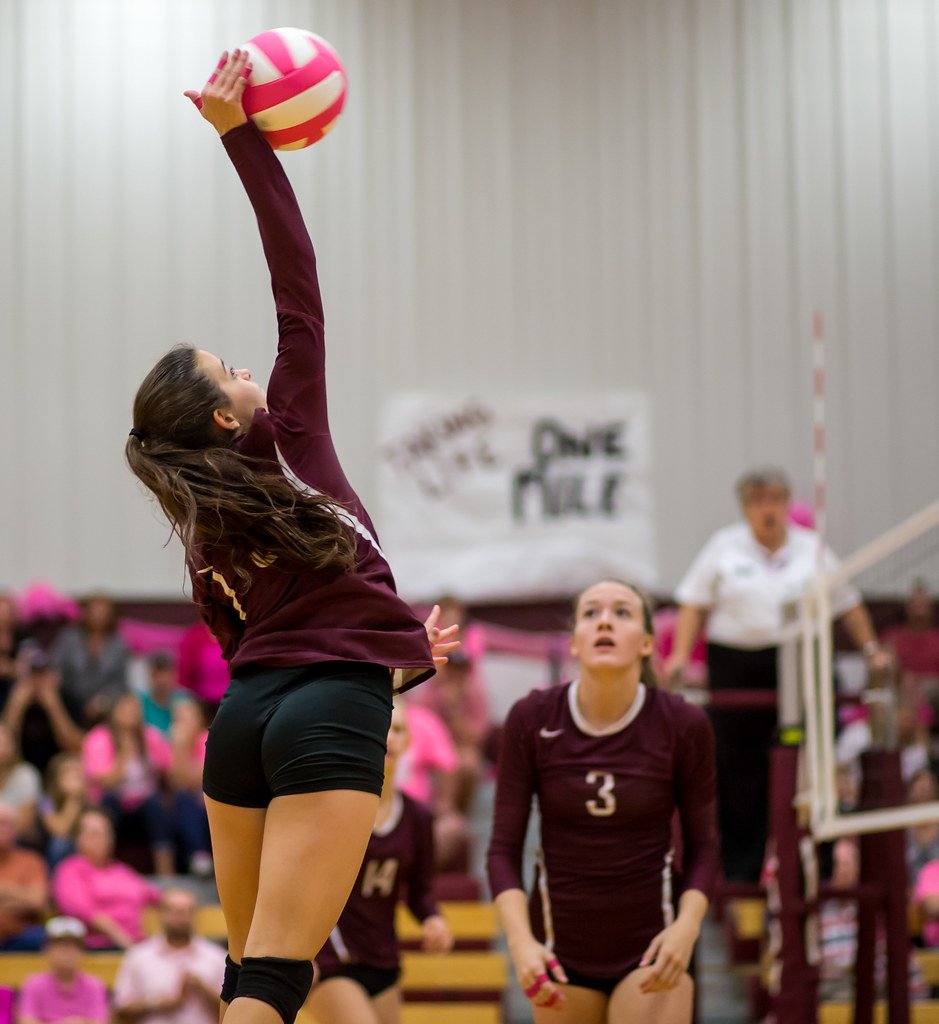 Volleyball Terms-A player usually chooses to hit a down ball because for some reason they don't have time to make a spike approach before hitting the ball. (Ralph Arvesen)

When team B's blocker's see that Team A's spiker isn't using a spike approach to hit the ball over the net, the blockers usually call out to their team "down ball" and transition off the net to get ready to attack.

A "down ball" has been translated to mean that a hitter is "staying down on the ground" or is "keeping their feet on the ground" to hit or spike a ball. 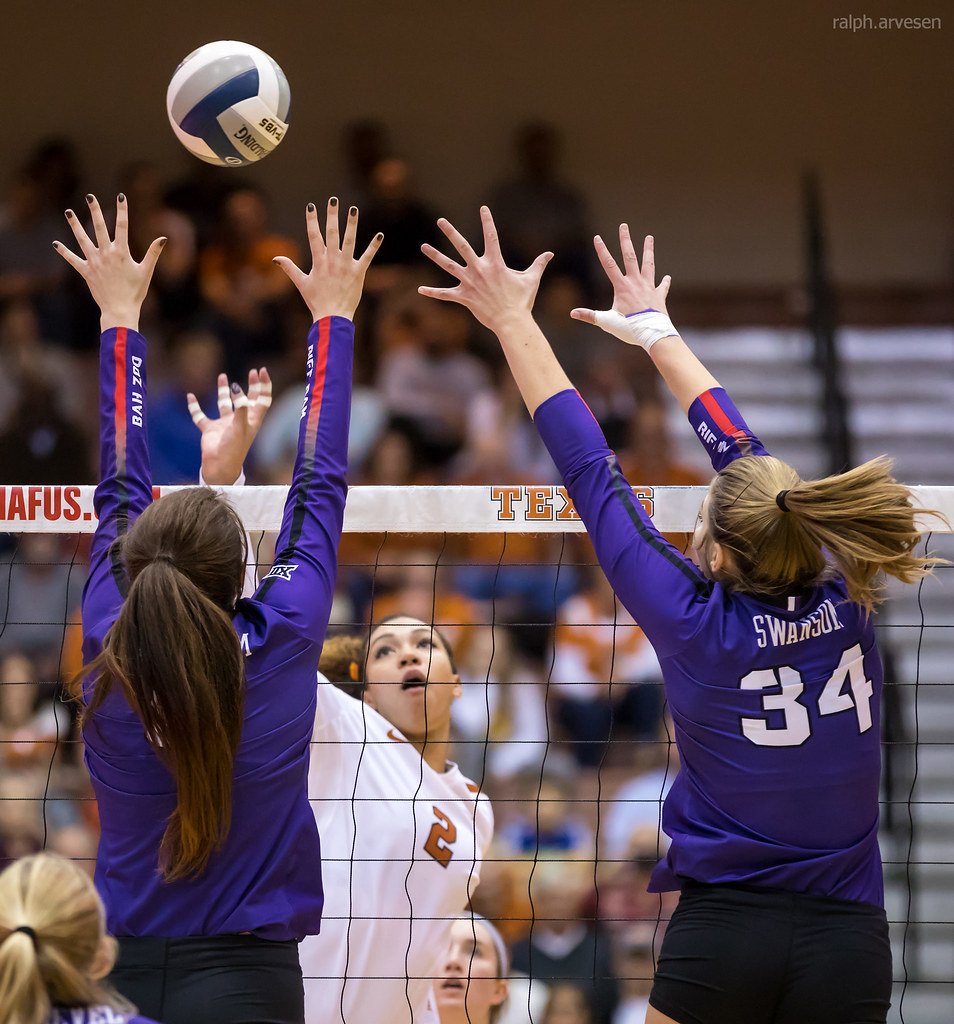 Savvy hitters when they hit or tip the ball into the blockers hands, the ball will bounce back outside of the sidelines, scoring their team a point or a sideout. (Ralph Arvesen)

To "wipe the block" is the same as "tool the block."

Savvy outside hitters learn how to wipe the ball in such a way that it looks like they are intentionally going to hit the ball out of bounds, but what they are really doing are positioning themselves so that when they hit or tip the ball into the blockers hands, the ball will bounce back outside of the sidelines, scoring their team a point or a sideout.

Where To Go From Volleyball Terms For Attacking Explained: The Down Ball and The Wipe