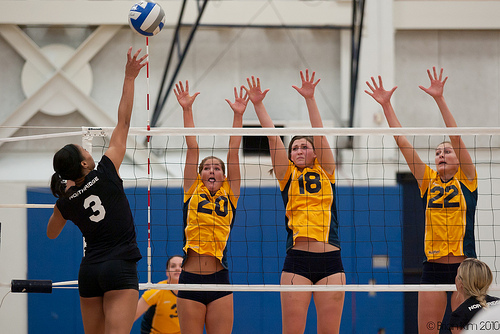 Big West Conference volleyball highlights are produced by video production teams within their university's sports information department that produce volleyball videos created to hype up or build excitement about the players and the event they're participating in.

Each year, the production of these videos is getting glossier, sleeker and more creative.

There are hype videos also known as volleyball highlights created to be seen before each regular season games.

I've accumulated below what I think are the most creative Big West Conference volleyball highlights. Some may be from this last season and some from a few seasons before but they are creative they are here.

Let me know what you think.

Feel free to share your thoughts and comments below.

A short recap video of Cal Poly Volleyball at the 1st Round of the NCAA Tournament Dec. 1st and 2nd, 2017.

Your UC Riverside Women's Volleyball Team is hyped for the 2018 season!

UC Santa Barbara women's volleyball's Lindsey and Gigi Ruddins sit down with the Big West's Olivia Phelps and discuss what it's like to share the court.