The Best Opposite Volleyball Player in the Southland Conference 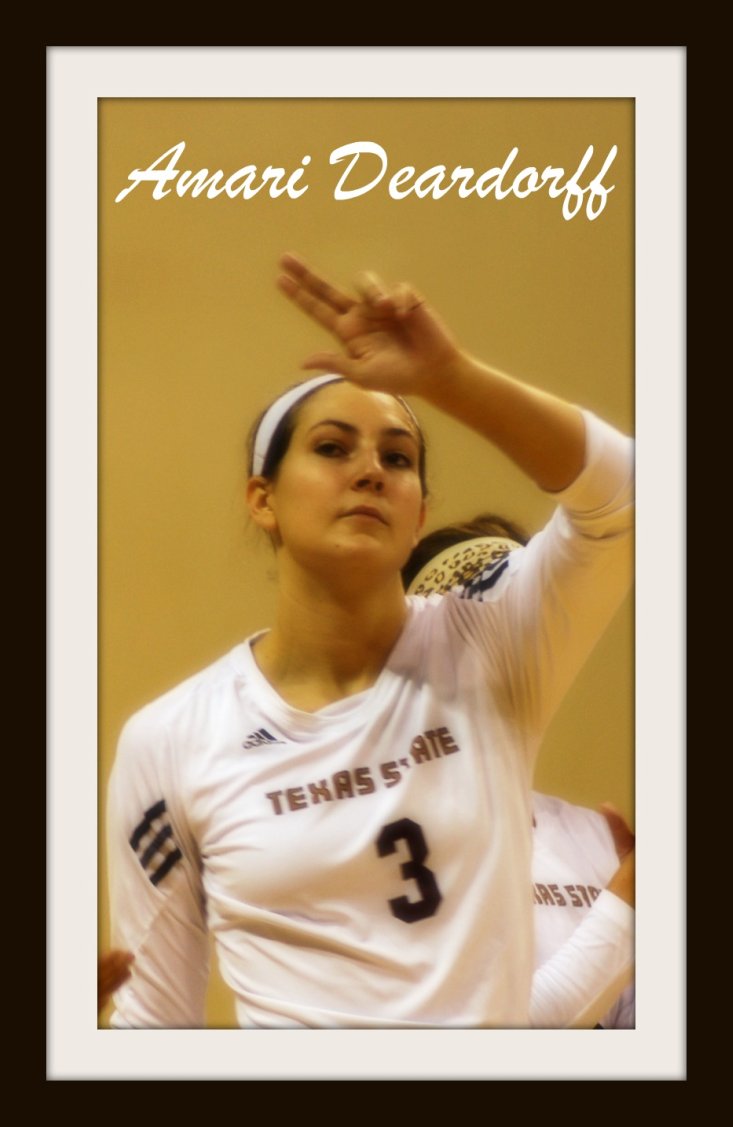 The best opposite volleyball player at Texas State, Amari Deardorff, answers my interview questions about how athletes live learn and excel in the Southland Conference.

The Best Opposite Volleyball Player in the Southland Conference

Meet Amari Deardorff the best opposite volleyball hitter on Texas State and one of the top athletes in the Southland Conference.

'My faith in God and the perseverance it gives me. I've faced many obstacles in my volleyball career, most of them being injuries, but through Christ I've never given up on playing the sport I love."

'My knee brace and ankle braces because they allow me to not worry as much about getting hurt as much; therefore allowing me to focus on the game plan and what I need to do with the ball."

"I'm not too superstitious, but I do usually listen to music before I play.

Instead of listening to stereotypical pump up music, I like to get relaxed and listen to slower songs, usually by Justin Bieber or Jesse McCartney."

Other than playing to glorify God and use the gifts he has given me, I try my hardest for the people who love me most. My parents because they have sacrificed so much time and money over my entire volleyball career to make it possible for me to be where I am today.

"My brother because, although he is one of my best friends, I always strive to outdo him, something to this day that I still do not feel like I have achieved.

And my boyfriend because he is the hardest and most dedicated athlete  that I know, and I want to emulate that as closely as possible.

That's only a few of the people I can think of. There are plenty more that drive me to be the best that I can be, including my coaches, teammates and fans."

What awards did Amari Deardorff win this week?