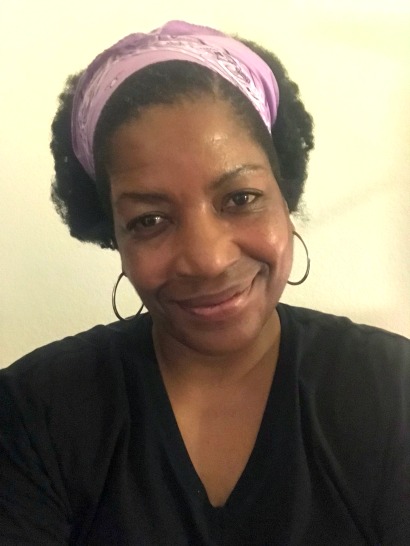 Until the City of Las Vegas Parks and Recreations gym re-open any Breakfast club classes and semi-private training classes taught by me, Coach April are on hold until further notice.

Thank you for your patience!

I hope all is well.

I took all of August (2019) off and now I'm back and ready to finish the year strong with individual and small group training starting the first week of September.

Please note and mark your calendars with my new monthly training schedule for the remainder of the year and for 2020.

My private and semi-private individual and small group training is offered year round for three months at a time.

I will be taking every fourth month off, so my next entire month off will be in December 2019 as seen below.

As many of you Las Vegas volleyball parents have experienced this summer, the SCVA has now changed the club tryout dates in Vegas to match those of the California high school players for ages 15 - 18 from late October to August 3rd.

That now means that club tryouts for ages 15 - 18 girls high school tryouts take place within two weeks of each other at the beginning of August.

As a result the demand for our successful high quality individual training like we've offered for the past 9 years will continue to increase.

As usual our spring and summertime boot camp classes were at capacity and often sold out. We were very busy this summer of 2019  with

Not only are June and especially July our busiest times of the year but in July there's an annual citywide NBA basketball tournament that seriously limits the amount of gym time available for other events.

I'm writing about this here so parents, especially middle school parents can start marking their calendars now for next year to start registering for volleyball training and classes early.

Thank you for following us and continuing to support what we do as we continue to increase the numbers of players who reach their goals and make their varsity, JV and B teams.... many who are newcomers to the sport and have never played club ball or NYS before coming to us.

The Importance of Training Early
During The Year

..players all have something in common.

“Kami was just selected to travel to Cairo, Egypt Sept. 5-14 for the U18 FIVB World Championships! It’s crazy how far she’s come and now considered one of the top U18 Setters in the WORLD. And it all started at that tryout at Stupak when you saw her SET!" (Harold Miner)

THIS GIRL right here ....just made the
US Girls Youth National Team roster that will represent the United States this year in Cairo, Egypt from Sept 5 - 14. .
.
CONGRATULATIONS KAMI “Xplosive” Miner

They were serious athletes with goals who made training with us a priority.

They have vision boards or goal notebooks or goal posters on their walls that motivated them to do ...the training...do the reps...to grind and to sacrifice.

They knew/know the importance of getting tons and tons of quality reps and on point, accurate feedback on how to improve their individual volleyball skills.

Many came to train and practice with us not only at our infamous Saturday morning practices but more importantly after high school practices on non-game days to attend one of our Boot Camp classes or to get their semi-private training reps done.

Volleyball Las Vegas Style
5 Reasons
Not To Hire Me

Okay now it's time to be completely and utterly blunt and honest with you.

Do not hire me if any of the above are the reasons you think your daughter/son should get private training.

I work closely with players and they are successful when I'm paired with a player/student athlete who wants to improve so badly that they have no problem telling me and their actions will show that they are dragging their parents to practice and not the other way around.

That's who I want to work with so please don't drag players to come see me or my assistant coaches for private or semi-private training sessions if they really don't want to.

If a player is undecided or still "figuring the sport out" then our Monday and Friday Boot Camp classes are a better fit.

We have our new fall/winter Monday and Friday Night boot camp classes where beginner and less experienced players can determine whether this sport is for them.

I'm successful because I work with players

Most importantly, I work with athletes who already know that they want to play at some level (NIAA, Division I, II or III) in college.

If this isn't the case, its okay! I'm NOT for everyone and that's fine! There are many options in Vegas for beginner players or volleyball athletes who want to learn and compete on a recreational level.

But I'm not one of them at this time.

But guess what? I did it...other champions have done it and so many players do it everyday in other volleyball powerful cities and states throughout the country ...in order to reach their goals.

Volleyball Las Vegas
What I Predict For The Future

Ten years ago I created the original boot camp class style of volleyball practice which at the time, and still is, a tougher form of training which entailed the use of more reps in a short amount of time, strength and conditioning and mental toughness training all combined in one 60-90 minute training session.

Since then,  I've seen Vegas volleyball begin to grow and develop with other clubs making great improvements in the last few years  thanks to their improved coaching and player development.

We still have quite a ways to go but Vegas volleyball is continuing to gain respect as shown by club tournament finishes and with more and more athletes than ever before getting recruited just in the last few years.

Along with these positive introductions to the Vegas landscape... more high school teams besides Gorman are travelling during the preseason to compete in prestigious out- of-state tournaments ..which with eventual good results in those tournaments will help Las Vegas teams rank higher in national prep volleyball rankings like the ones sponsored by maxPreps, PrepVolleyball and Volleyball Monthly.

will lead to the need for players to continue to learn what it takes to compete and win against nationally ranked teams...

To do this Vegas players will have to match their training habits and their workout regimen to those of players around the country during their high school and club season.

For how much longer are we going to host large prestigious high school and club tournaments in our own backyard every year and not have 1 or 2 teams that rank in the top ten?

What Do They Have
That We Don't...Yet!

1. Players reach higher so they play much higher above the top of net..so many more are taller.

2. Players have the muscle development strong enough to help them jump higher so they can hit at higher levels above the net... so many more have higher vertical jump measurements.

3. Players have a higher volleyball IQ and know when, where and how to hit

so they score more points than the opposing team's hitters.

The OPEN division has the teams with the tallest players competing at the fastest, strongest most intense levels of the sport at the junior level.  (The highest level is Open, followed by National, USA, American and Patriot.)

5.  During the club season the regimen for most nationally ranked Open division club teams is intense and requires mandatory weight training two-three times a week along with sprint/speed training two times a week at a minimum in a addition to four practices a week to prep for 70 game seasons.

I know this because for three years as the Volleycats Elite Club club director I hired an in-house strength and conditioning coach (Coach Dermot Thomas) who trained all our athletes 2-3 times a week for both weights, speed and agility training.


This was unprecedented, (especially for the price paid) for a girls volleyball club in Vegas to have a regimented disciplined strength and conditioning program included as an integral part of weekly club practices, but I was modelling after what many of the top Southern California teams do. I grew up following this regimen as a junior player in SoCal where its the norm.

I believe that girls volleyball in Las Vegas will be headed in that direction.

There is a mental muscle and emotional strength that athletes build in the weight room in addition to the physical training.

145 lbs back squat mastered by the one and only kaylynn We are in this together, whatever your athletic goals are ⚽️⚾️⛳️ Link in bio #squat #backsquat #sports #athletics #training #ilbs #getit


Competing regularly against athletes that are 6'1 and over takes physical strength regardless as to how tall you are. And that's something that Open division players and pro players commit themselves to.

In semi-private training we focus on the technical work but that needs to be supplemented by a disciplined regimen of weights and sprints and conditioning if one wants to compete against (and hit against and block against) players who are 6'1, 6'2" and 6'3" that regularly play in Open division tournaments and who train in the weight room six months out of the year and who play on nationally ranked high school programs who travel across the country to compete in 60, 70+ matches a season.

That's been the norm for top high school teams for years now.

We aren't there yet but I predict that's the direction we are headed especially when I see for example Palo Verde girls high school team now with a dedicated sports and conditioning trainer doing the types of volleyball specific strength, speed, agility and coordination drills that top volleyball programs both high school and college regularly do for injury prevention and for player development.

I could be wrong but these are my thoughts on where I think the state of girls volleyball Las Vegas style is headed and for me it looks positive.

Thanks for taking the time to read this.

For some parents this may be good news and I hope for many it may be a guide on how to proceed and help plan a realistic volleyball future for your player because there's room for everyone at all levels.

Scroll down to click on the new information you'll need moving forward with us during the fall/winter and spring 2019/2020 school club season.

Find out the new two - three weekly semi-private training rates for the fall/winter and 2020 spring season.

Click here to check out the new weekly class schedule. Rates are the same but class days have been changed and age ranges have increased.

For consultation and advice feel free to email me to setup a phone call session. Email me at info@improveyourvolley.com

My Volleybragswag Volleyball Tights For Libero Players on sale now on eTSY!
Click to buy!


Gatorade Player of the Year

Being able to move efficiently as an athlete gives you an advantage over the competition. Train hard, move like a Tiger.. Volleycats Elite Tigers: Ladders #volleycatselite #trainhard #speed #athletic