The block volleyball definition and rules when the serving team's on defense with 3 front row blockers who try to stop opposing hitters hitting into their court.

The block volleyball definition and rules when the serving team's on defense with 3 front row blockers who try to stop opposing hitters hitting into their court.(Ralph Aversen)

The block volleyball definition and blocking rules apply when the serving team's on defense with three front row blockers who try to stop opposing hitters from hitting into their court. 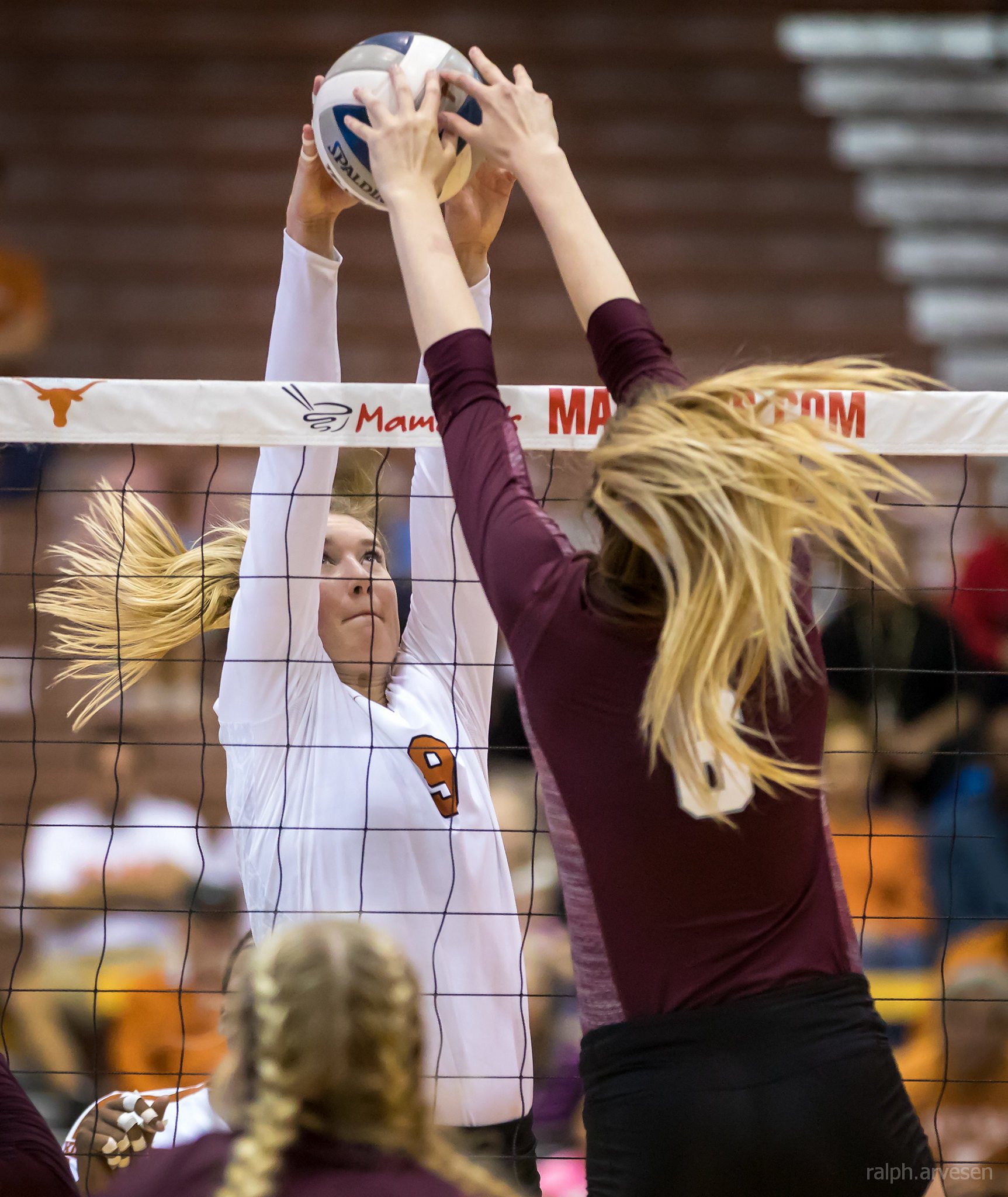 The only time your team can touch a ball four times in a rally and still keep playing without having committed a fault or a foul is when...(Ralph Aversen)

How many times can your team contact the ball?

The only time your team can touch a ball four times in a rally and still keep playing without having committed a fault or a foul is when...

Then your team, which is now "on offense" still has three more opportunities (a dig, a set and an attack) to play the ball.

Let's say you are blocking a hitter and the hitter's ball goes between your two hands because they were too wide and so you didnt stop the ball at the net. 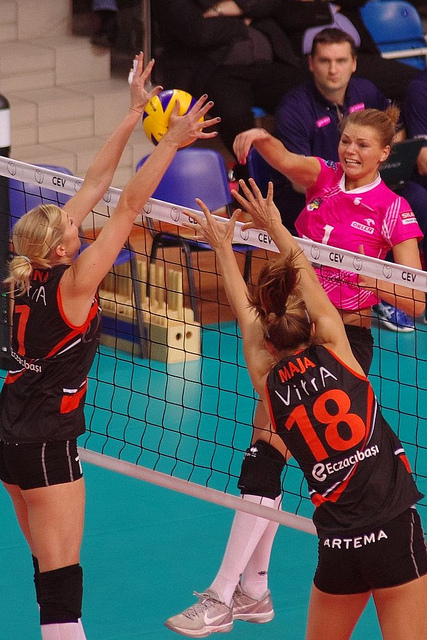 When and if the ball continues into the back row and one of your teammates digs the ball, then the dig is the first of the three contacts that your team is allowed to have to get the ball back over the net in an attempt to score against the opposing team.

Your block touch or block contact on the ball is not counted in the total touches allowed per team in a rally and since you didnt actually "block" the ball the rally can continue, as if you didnt touch the ball.

As long as the ball continues, into your court, or even outside of your court BUT is played by a teammate, then three more contacts are allowed for your team.

On the third contact, the ball has to go over the net.

Block Volleyball Definition and Rules
Can You Ever Touch The Ball Twice?

When blocking, can you touch the ball twice?

There is an instance when blocking in volleyball when a player can touch the ball twice.  It doesn't happen often, but it does happen.

Check out these two possible examples that happen in competition.

When a front row player is blocking and their blocking hands don't penetrate to the other side of the net, the ball is likely to trickle down on their side between their body and the net.

If they can get their blocking hands down fast enough to connect them together to dig or pass the ball, without lifting the ball, then their team is allowed two more contacts, as long as they get the ball over the net on the second contact, they are okay.

If the blocker touches the ball as a block and then contacts it again as an underhand contact, her team has two more contacts to get the ball over the net to possibly score a point.

This action happens fast and if you don't know the rules, if you attempt to block a ball that ends up dribbling down in front of you, on your side, you may end up catching it because you don't realize that you can keep the ball in play by contacting it again as long as its a passing playing action.

That could cost you an important point if you are unfamiliar with the volleyball game rules.

Block Volleyball Definition:
Where Do You Go From Here?