Famous volleyball players Jordan Larson and the USA Volleyball team will make a push to qualify for the Tokyo 2020 Olympic Games to compete for a gold medal. 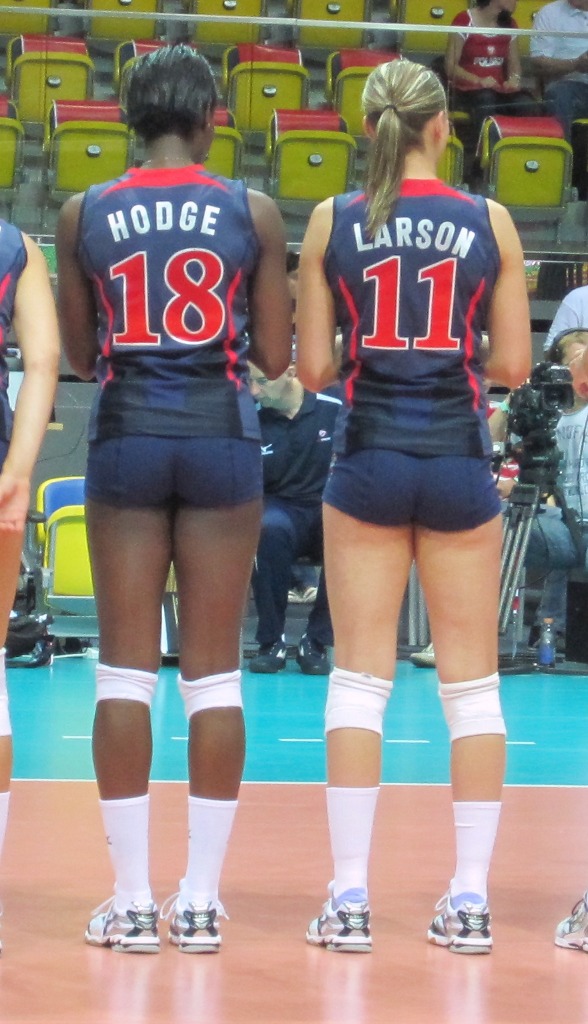 However, the athlete eventually decided to hold off on her retirement to attempt to qualify with Team USA for the upcoming Tokyo Olympic games in 2020. (Osuwiko)

Jordan Larson is one of the most celebrated American volleyball players in recent times.

The three-time AVCA All-American played for the Nebraska Huskers from 2006 to 2008 where she majored in communications and minored in psychology is the the first player to win Big 12 Player of the Year and Defensive Player of the Year in the same year in 2018.

NET Sports sat down with US Olympian, Jordan Larson to talk about her time at the 2012 Olympics in London. Jordan reflects on first getting the phone call telling her that she had made the 2012 US Olympic Volleyball team.

Larson was an integral part of helping her Nebraska team win the 2006 NCAA Division I Women's Volleyball Championship.

Highlights of the 2006 NCAA Women's Volleyball Championship between Nebraska and Stanford.

She recently announced her retirement, planning to put an end to a diverse and long-standing career, with many remarkable highlights and some fantastic achievements.

However, the athlete eventually decided to hold off on her retirement to attempt to qualify with Team USA for the upcoming Tokyo Olympic games in 2020.

Larson is still going strong and shows no signs of slowing down, even ten years after playing for the United States National Volleyball team.

Jordan Larson and Kelsey Robinson talk about competing in the 2019 Volleyball Nation's League and qualifying for the 2020 Tokyo Olympics in this USA Volleyball video.

"There's still meat on the bone for me," Larson stated in a recent interview. She explained how she decided to keep pursuing her career, rather than calling a close to her career.

Jordan Larson and Team USA are currently competing in the VNL the Volleyball Nations League 2019 a qualification tournament for the Tokyo 2020 Olympics.

Throughout her career, Larson achieved many remarkable accomplishments.

The two-time Olympian was a part of the USA women's Olympic volleyball team that participated in the 2012 Olympics where the USA women won a silver medal.

Nicknamed "Gov" and "the Governor" was a member of the 2016 Olympic team where she scored 103 points finishing seventh among all scorers while tied for third in the Best Spiker category with a .286 hitting average.

She was the second Best Passer in the Serve Receive category and fifth among servers at the Rio Games.

Among other engagements abroad, Larson also joined the Dynamo Kazan team as a professional volleyball player.

She played from 2010 - 2013 in the Russia Super League championship one of the strongest pro volleyball leagues in the world with a Dynamo team that won the European CEV Champions League title in 2014 where she was named Best Blocker.

Jordan Larson, outside hitter of Dinamo Kazan, shows us how to attack properly: the best ways of approaching, jumping, hiting the ball, as well as useful exercises for your arms and hands. Watch this episode of Dinamo TV to learn all that!

For five seasons Jordan has played in Istanbul Turkey with the award-winning local club, Eczacibasi Vitra from 2014 to 20019.

While on that team, Eczacibasi Vitra became the first ever club in the history of the sport to win the World Club Championship, back-to-back on two different teams.

In 2014 she helped lead Russian club Dinamo Kazan to a FIVB Club World Championship and in 2015 won the same championship title with the Turkish Club Eczacibasi.

Two-time Olympian and 2016 Bronze medalist, Jordan Larson, has won multiple MVP honors in major international tournaments and was 2015 USAV Female Indoor Player of the Year. As part of the U.S. Olympic Volleyball Team video series, Jordan discusses improving her game from college to the pro levels, the passing of her mother from breast cancer and what it means to wear the USA uniform.

In 2015, she was selected as the MVP of both the FIVB Club World Championship and the CEV Championship League after leading Turkish Club Eczacibasi to gold in each event

Famous Volleyball Players:
Where Do you Go From Here?