Kerri Walsh, volleyball Olympian five times and one of the biggest names in Olympic volleyball and the most-decorated player in this Olympic sport of all time. 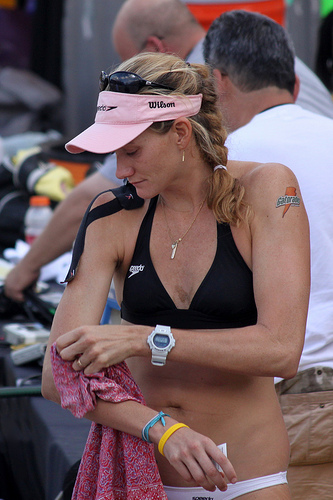 Kerri Walsh has become one of the biggest names in Olympic volleyball, being the most-decorated player in that Olympic sport of all time. (Steve Corey) 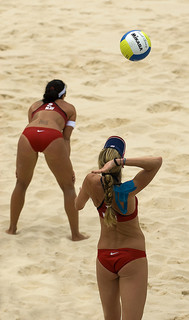 Walsh went to Stanford University on a volleyball scholarship.

At Stanford, she experienced an enormous amount of success, with her team winning 90% of all it’s matches.

She was also selected as first team All-American for four consecutive years. This made her the second player in history to be a first team pick for each of her four years at college.

Kerri Walsh has made five Olympic appearances and last played at the 2016 Rio Olympics. 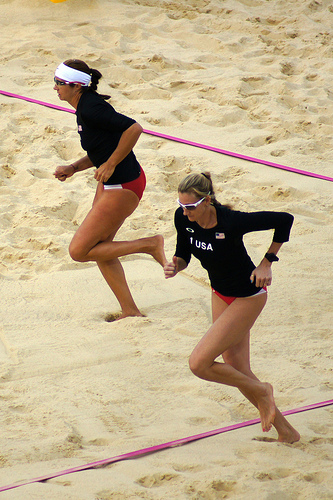 Walsh's career kickoff was in 2003 at the Greece Open. Here, she took bronze, but it was just the start of what would turn out to be an illustrious international career.

Walsh has had a tremendous run while playing for USA Volleyball. Her career kickoff was in 2003 at the Greece Open. Here, she took bronze, but it was just the start of what would turn out to be an illustrious international career.

There's only one way to prepare for playing beach volleyball, and that's by getting in the sand.

n this journey, the fear creeps in from time to time. The hint of that is there because there's an unknown factor to everything. That's true in everyone's life. I don't choose to live there; I let it spark me.