Famous volleyball player April Ross is a two-time Olympian preparing for the Tokyo Olympics with new partner Alix Klineman. Will they win a gold medal? 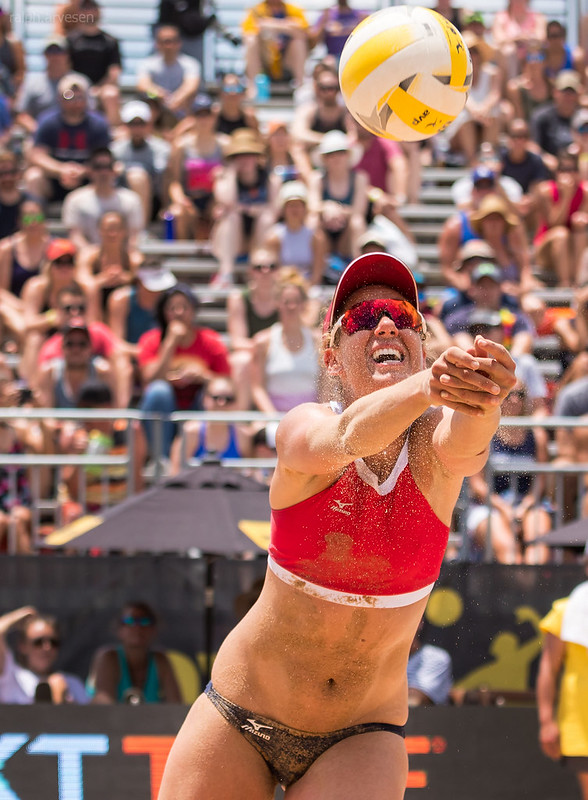 April is a two time Olympian and professional beach volleyball player based in California.

In this Volleyball Nation video April Ross shares her story.

This past year April Ross partnered with Alex Klineman with the goal of the duo preparing to qualify as one of the two  beach teams to represent the USA in the Tokyo 2020 Olympics. 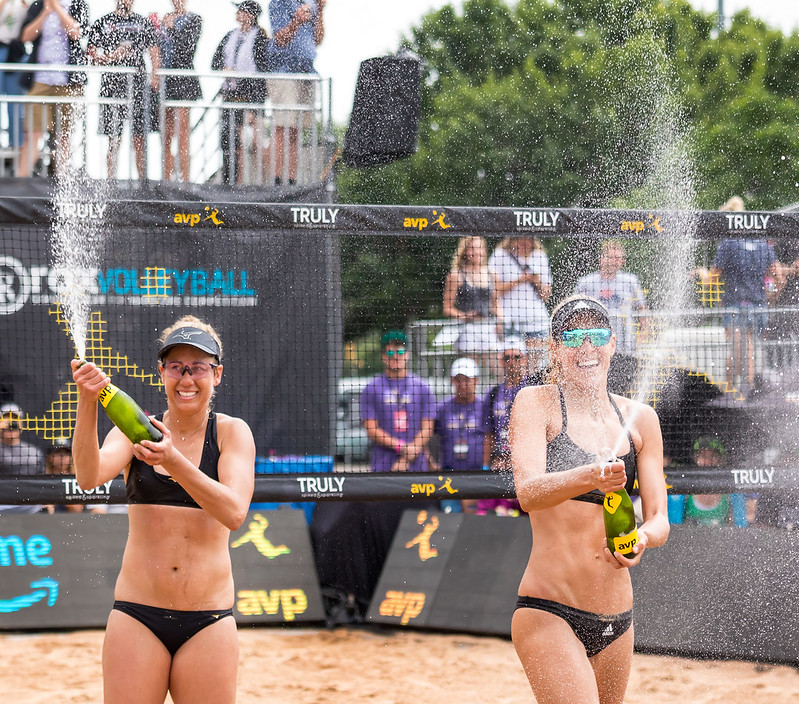 April Ross partnered with Alex Klineman with the goal of the duo preparing to qualify as one of the two beach teams to represent the USA in the Tokyo 2020 Olympics. (Ralph Aversen)


Pursuit of Mastery - April Ross from Mizuno USA on Vimeo.

April grew up in Newport Beach where she graduated from Newport Harbor High School.

Growing up, she played and participated in many other sports, before picking up a volleyball and playing indoor for a significant amount of time.

It was during her high school years that April began her journey towards becoming a collegiate superstar and a professional athlete.

With two NCAA National Championships under her belt at USC, April graduated from indoor to the beach, where she met her former partner, Jen Kessy and began her quest for Olympic Gold. Watch April's story, on YOUTUBE.COM/TEAMUSA.

Her career began to skyrocket when she became a national top recruit in her graduating senior class which was capped when April won the Gatorade National Player of the Year.

Watch the 2002 NCAA finals between Stanford and USC.

While in her senior year, April accumulated an impressive 624 kills and 526 digs.

April graduated from the University of Southern California, holding game statistics that ranked her amongst the top of all time.

She was a record-holder, coming out on top with points, aces, attacks, kills, and digs.

At trojancandy.com: Watch the 2018 USC Hall of Fame volleyball player deliver her acceptance speech. Then read the entire story and see more pictures and videos at www.trojancandy.com.

April has a variety of accolades under her belt.

From 2008 to 2012 April joined forces with Jen Kessy creating a partnership that would last until the 2012 London Olympics.

Training to compete as an Olympic beach volleyball player takes hours, weeks, months and years of training on and off the beach.

Jen and April have committed endless time to their road to London. Watch Jen and April sweat their way to the Olympic Games, on YOUTUBE.COM/TEAMUSA.


In 2008, April and her teammate Jennifer finished third in the Swatch FIVB World Tour which marked the beginning of a winning tradition placing in the top three positions on a regular basis on the World Tour.

April Ross and Jen Kessy talk to Rockstar about their favorite beach volleyball stops, their goals for this season and more!

They came in first at the Phuket Thailand Open and second at the Dubai Open.

Most notably, in 2008 the duo was the only team to defeat the world number 1 team at the time of Kerri Walsh Jennings and Misty May Treanor during an AVP tournament based in Santa Barbara.

In 2008, April and her teammate Jennifer finished third in the Swatch FIVB World Tour.

They also came first at the Phuket Thailand Open where she won the award for Most Outstanding Player.

They took second at the Dubai Open that year .

In 2009, they won the FIVB World Championships  in Stavanger, Norway.

I played at the Stavanger Open in Norway and that's a huge deal to win there because every year it never fails to snow or rain at that "beach" tournament.

By 2012 April had increased her winning titles, with eight AVP tournaments, nine International Federation World Tour Beach tournaments along with over $900,000 from her winnings under her belt.

Jen Kessy and April Ross discuss advancing to the finals and the preparation it took for them to get there.


In 2012, she won silver at the Summer Olympics alongside Jennifer Kessy.

Three-time Olympic gold medalist Kerri Walsh Jennings (Stanford '00) and Olympic silver medalist April Ross (USC '03) talk about their new partnership for the Rio Games and how their collegiate careers in the Pac-12 set them up for future success.         (Courtesy of Cronkite Sports Bureau)

At the age of 34, Ross is starting to make other plans besides her professional beach volleyball career.

Currently married to Brad Keenan, she has mentioned that she wouldn’t mind starting a family with her husband, but she still aims to grace the sand for a few more years.

Ross has inspired many people, along with her athletic partners, to take on Olympic Beach Volley, helping the sport gain a much higher public profile.


Mizuno Volleyball is one of April Ross's major sponsors.

GoPro profiles Professional Beach Volleyball player and Silver medalist, April Ross, who shows us the importance of teamwork and dedication in order to become one of the top players in the world.

One of her most standout performances occurred during the 2016 Rio Olympic quarterfinals, against one of their biggest rivals China, where in an epic match she was a guiding force in helping Japan beat China in the five sets (3-2) and leading the way to the medal.

Check out these volleyball highlights from the best moments from the 2016 Summer Olympic Games. (Olympic Channel)

One of the biggest things that has made April Ross an FIVB Hero is her amazingly deadly jump serve.

The World Champion from 2009 has one of the best jump serves on the FIVB-Tour according to this FIVBHEROES video.


Professional volleyball player April Ross has one of the fastest and most accurate jump serves in the world.

Watch up close in 360 degrees as the AVP New York City Open runs through this weekend in Manhattan.


Famous Volleyball Players
April Ross
What Others Say About Her

Watch what Kerri Walsh has to say about her partner April Ross.

Famous Volleyball Players:  Where Do you Go From Here?