Volleyball rotations: A rally winning team gets one point, the right to serve and one rotation clockwise before the next server gets to serve to start a rally. 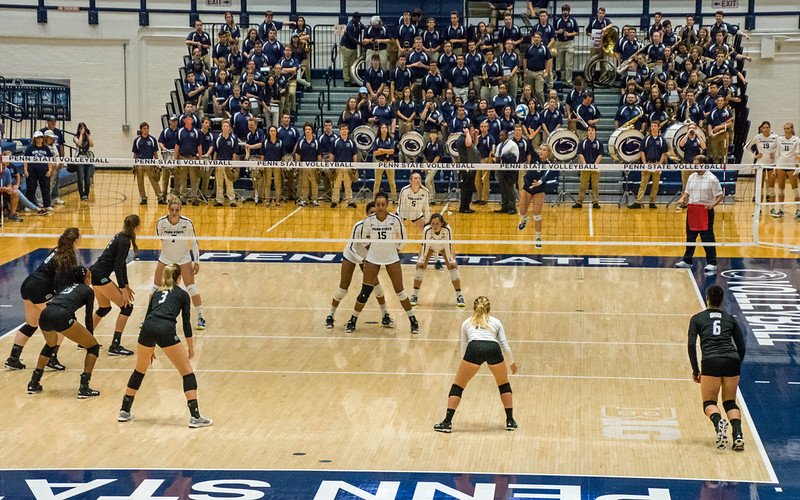 Volleyball Rotations: Penn State server begins the rally with a serve as Ohio waits in serve receive after the whistle has blown to start the rally. (Craig Fildes)

If during a game, your team wins a rally then you've won three things 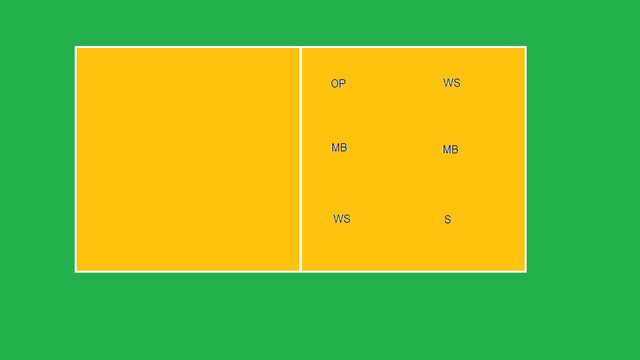 Left back area is Zone 5.

Middle back area is Zone 6

Right back area is Zone 1

Volleyball Basics: After a team wins the right to serve, the volleyball rotation rules state they have to rotate clockwise so the same player does not serve twice. (Ralph Aversen)

The player who was in Zone 1 moves to their left rotating to Zone 6 the middle back area of the court...

Zone 6 player moves out of the middle back area to the  to the area on their left, the left back area on the court, rotating to Zone 5...

Zone 5 player moves up to the left front area on the court rotating up to the front row in Zone 4...

Zone 4 player moves to their right rotating over to Zone 3 the middle front area of the court...

Zone 3 player moves over to their right rotating over to the right front area of the court to  Zone 2...

Zone 2 player moves back to the right back area of the court moving them to the back of the court which rotates them back row to Zone 1...

Volleyball Basics: A player can step over the end line once they've contacted the ball in their attempt to send it over the net into the opposing team's court. (Richard Yuan)

Volleyball Basics:
Where Do You Go From Here?

Learn more from these volleyball fundamentals on the pages below!