Follow along as eight (8) iconic legendary players share their inspirational volleyball story of overcoming obstacles on and off the court. 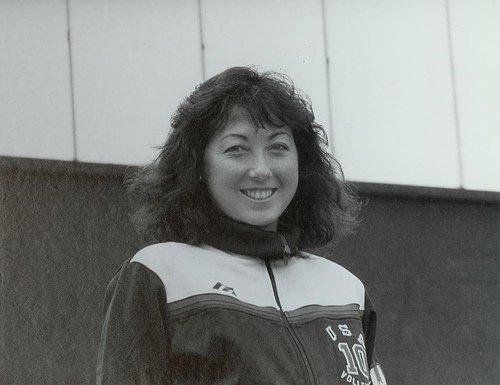 Despite having dreams to play in the Olympics, Debbie Green Vargas spent hours in the gym because she had to improve her setting skills since she was always the shortest girl on her team.

Elaina's older sister, two-time Olympic team captain Kim Oden was always the tallest player on her team, until she made the Olympic team, then things changed.

Despite having dreams to play in the Olympics, Debbie Green Vargas spent hours in the gym because she had to improve her setting skills since she was always the shortest girl on her team.

The Shortest Volleyball Player On The Court

Olympian and beach volleyball legend Liz Masakayan was raised in a single parent household. She felt that led to her compulsion to overtrain and overperform in order to get her teammates and others to like her.

Are you guilty of doing the right  thing for the wrong reasons?

Not all families members may be happy when you tell them that you want to play in the Olympics. Mary Jo Peppler told her family and was kicked out. Read how she handled the situation.

Olympian Rose Magers was a teammate of Flo's and played on the 1984 silver medal winning American women's team as well.   In 2007, USA Volleyball awarded the "All Time Greatest Player Award" to Rose at the USAV Nationals.

Read her story as told by her friend, coach and mentor, Ruth Nelson.

She had to learn how to outplay them and how to compete against them. She did. She did it so well that during her career she played on many men's teams.

Pro volleyball player, April Chapple had to overcome several physical obstacles before being able to pursue her goals of making the US National Team, earning a college scholarship and playing professionally in Italy.