Krista Vansant is an inspiring volleyball athlete we spotlight who's accomplished more in four years of high school than most people do their entire life! 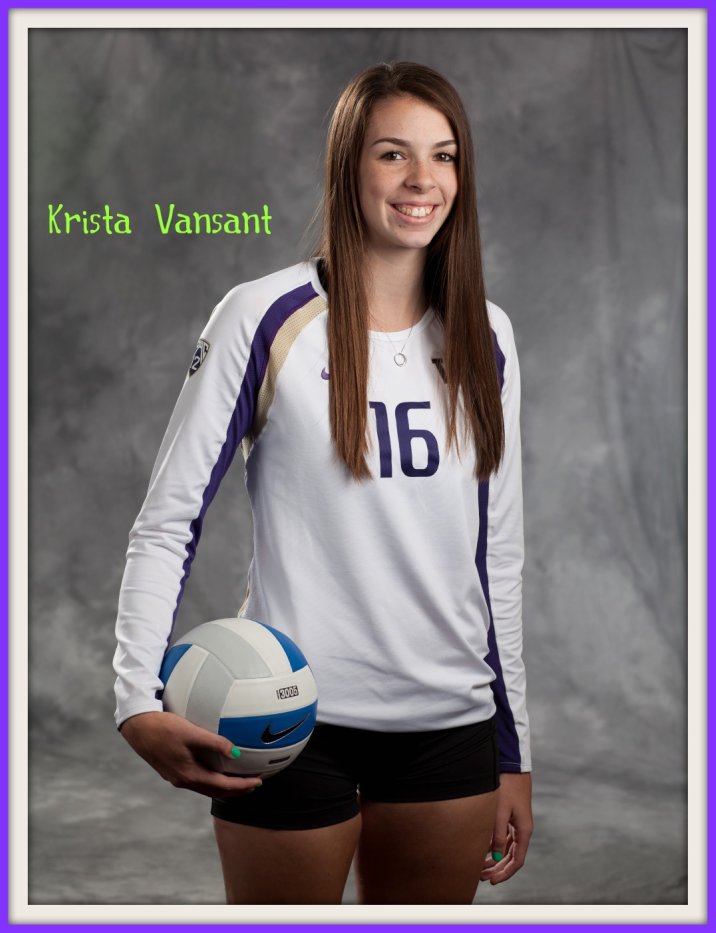 Krista Vansant is an inspiring volleyball athlete we spotlight who's accomplished more in four years of high school than most people do their entire life!

She is one of several inspiring volleyball athletes Improve Your Volleyball spotlights who has accomplished more in four years of high school than most people do their entire life!

Can you say #girlpower?

With an unquestionable passion for the game Krista has been described as unstoppable on the court.

A perfect role model for players looking for inspiration,  read more about the amazing collegiate career of Krista Vansant.

1. Gatorade National Player of the Year

3. Led the Wildcats (30-6) to the California Interscholastic Federation State Division I regional semifinals

4. An Under Armour All-American and the California Interscholastic Federation-Southern Section Division 1A Player of the Year

5. California Interscholastic Federation-Southern Section ----Division 1A Player of the Year

7. The nation’s No. 1 recruit in the Class of 2011 as rated by PrepVolleyball.com

12. Vansant has maintained a 3.61 GPA in the classroom

13. The Redlands East Valley 2010 Homecoming Queen and a member of her school’s chapter of Rachel’s Challenge, a national student-empowerment initiative

14. Vansant has volunteered locally as a coach at youth volleyball clinics in addition to participating in a literacy-outreach program in her area.

15. She has also donated her time to Associated Student Body initiatives at her school.

Krista on why she chose Washington:

Krista Murdered The Game While At Washington

Check out Her Pac -12 Conference Accolades

AVCA National Player of the Year

Junior outside hitter Krista Vansant becomes the first Husky ever to win the AVCA National Player of the Year award at the AVCA banquet. (2013)

espnW Player of the Year


Two-time Pac 12 Player of the Year

"This is for you. This is for the people that supported me throughout my entire career. The people that have been there for the ups and the downs, for the blood, sweat and tears." - Krista Vansant


Congrats to Krista Vansant on winning the @CWSA_HondaCup for volleyball for the 2nd straight year. #UWHuskies pic.twitter.com/CQRA45wc6C


Most decorated Husky in University of Washington volleyball history

In her four years as a Husky, Krista Vansant led @UWVolleyball to 32 wins over ranked opponents. The rundown via #UWDataPoints.

Another top-15 showdown will be on Montlake tomorrow between No. 13 Washington and No. 2 Stanford.