My Outside Hitter Volleyball Questions Answered By 3 College Spikers 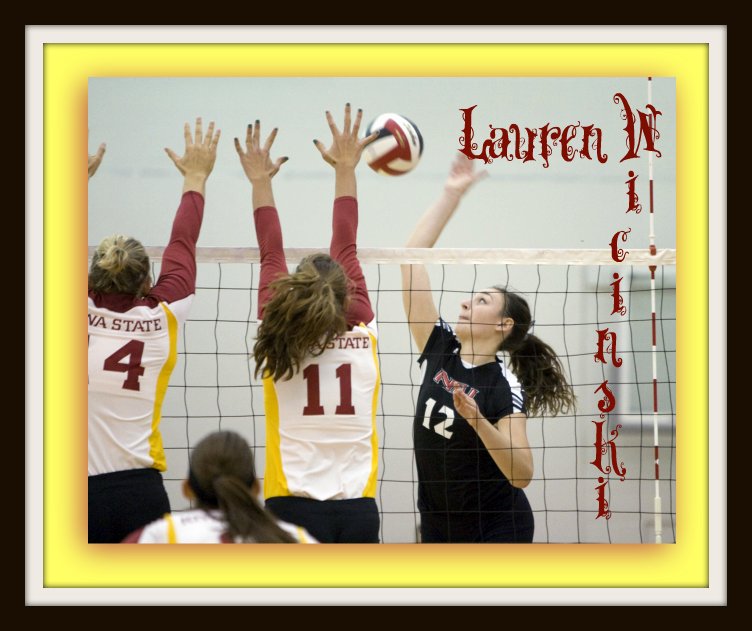 My outside hitter volleyball questions are answered by three top spikers in Division I Lauren Wicinski, Faimie Kingsley, and Katie Norris which should give you a peek into Division I college volleyball life.

I think what makes me special is how I have always grown up with the love of volleyball. My mom played volleyball at NIU.

So from a young age I would always watch her play in adult leagues and she would take me to NIU matches.

She showed me her love for volleyball and I wanted it to be my love as well. I also think what makes me special is the way that I can keep improving my game to help the team. I think that I am able to learn new things about the game and I am able to take that to the next level.

Another thing that makes me special is my mentality during a game. I am there to win and I will do everything that I can so that our team can get a victory.

I always listen to the same songs on my iPod to get me pumped up for games and I always have to wear my ankle braces on the same foot.

They can never change feet.  Also, one important pre-game ritual is the dance party that goes on in the locker room.  It has to happen before every match.

I think my team inspires me to play well in each volleyball match because I want to win the match for others. I want the team to work together as a unit to win the match. I also think the goal of winning a MAC championship is always in my mind and makes me try to perform my best.

“It’s nice to see Lauren and the NIU volleyball program honored like this,” said NIU head coach Ray Gooden.  “Lauren played really well in our first conference weekend against two solid teams in Central and Eastern.  Her teammates did a nice job of creating opportunities for her to score and she was able to put balls away like she’s been doing her whole career.”

What awards did NIU outside hitter volleyball player Lauren Wicinski win this week? 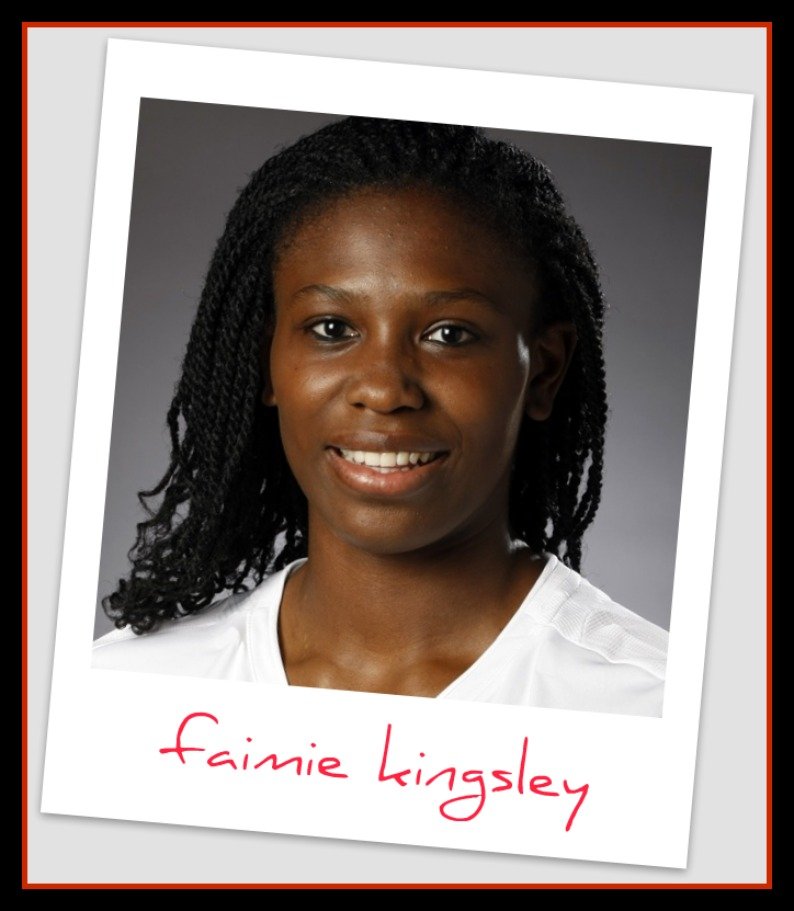 Before coming to Denver, I probably had less than 2 years of volleyball experience under my belt.

I never had the opportunity to play club volleyball before or during high school.

My very, very worn in sneakers are definitely what help me play my best.

"After every serve and pass and before every game, I take a shower.

Now, this may sound a tad trivial but taking a shower makes me feel as if I am washing away any negative thoughts and inhibitions I may have.

After showering, I always feel refreshed, confident in my abilities and ready to play.

Along with my ritual, my team and I have a pre-game dance party in our locker room to get even more amped up for our game."

“CSU was one of the best matches I’ve played in all year and I’m just glad we pulled out the victory,” Kingsley said. “This is a team award in my opinion because I wouldn’t have been able to do it without any of my teammates.”

"My teammates and my family inspire me to play well in every match that I play.

Without the love and support of both, I wouldn’t be half the player I am today.

Every time I talk to my dad, he always tells me to remember my goals which I relay to my team because we all have team and individual goals that continue to inspire us to play our hardest no matter what the score is."

What awards did Faimie Kingsley win this week? 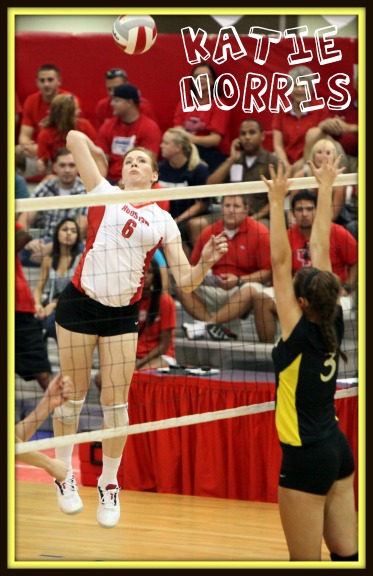 "I don't really think there is anything that makes me more special than anybody else on the team. I find myself extremely privileged and blessed to be able to play for this team and to be able to do what I know how to do to help make U of H a successful volleyball program."

"I'd definitely say that the things that help me to play my best are my teammates and coaches. Without them, I would not be able to get better as a player and I would not have had the opportunities that I have had.

The girls on the team are great and we're always pushing each other to be better so I would definitely say that they are the most important thing that help to make me a better player."

"There are a lot of pre-game habits and superstitions that girls have in this sport. But for me, things are pretty simple. The most superstitious thing that I do before a game is straighten my hair.

I know it sounds silly, but ever since I have gotten into college I have straightened my hair before every game I have played in. As for the team, we always like to listen to some music and dance before we go out for warmups.

And in warmups we always do things the same way and next to the same people."

"In the past, my number one reason for playing well was for my team.

They always pushed me to do my best and I did not want to let them down. And although that is a very important reason for me to play well, I now have another inspiration for my performance.

I always want to go out and play my best for my daughter. She is the most important thing in my life to me and without her I would not be playing here today.

So, when I go out on the court to play I always have her in the back of my mind."

What awards did outside hitter volleyball player Katie Norris win this week?