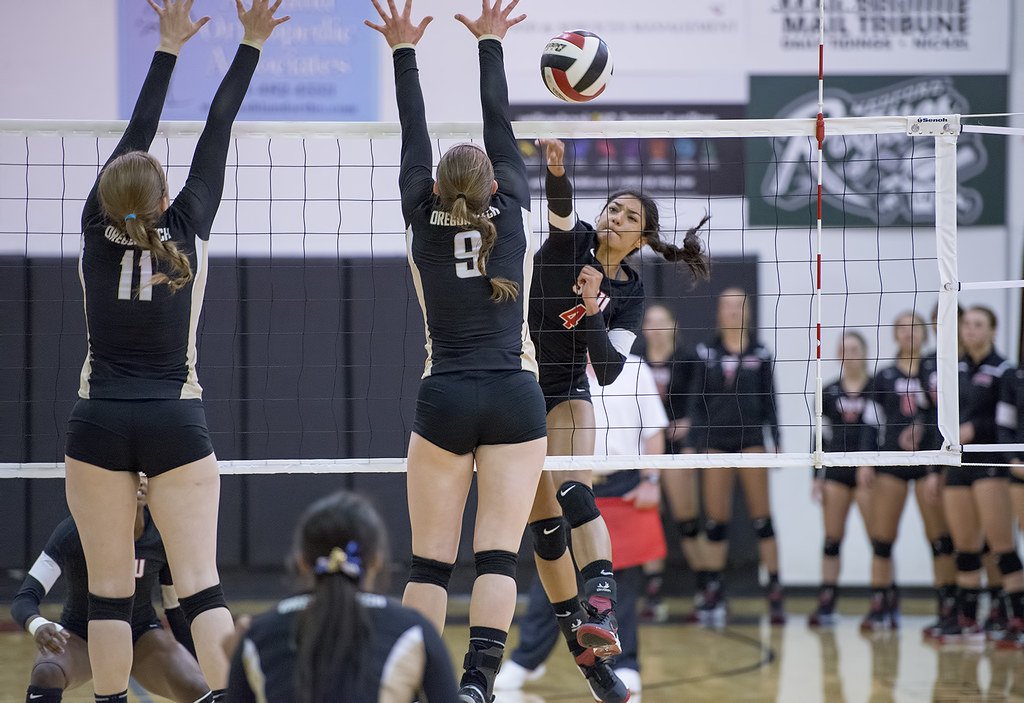 Spike Definition Volleyball Terms For Four Types of Attack Hits. Terminology of volleyball Hitting the "line shot" is one of four hitting terms that spikers should learn in order to increase their attacking options. (Al Case)

Here are four hitting terms that spikers should learn in order to increase their attacking options.

This shot is primarily used in beach volleyball and is very effective as a hitting option for players, especially those who are shorter and may be confronted with a big block or those who are looking for another option to just hitting the ball hard all the time.

To hit the "cutty" (aka cut shot) a player

A cross court hit is a hard driven spike or hit directed at an angle that lands in the area within the opposite sideline of the opposing team's court.

So if a player on team A is hitting from zone 4 on her side and her hard driven spike lands anywhere in or around zone 4 or zone 5 in the opposing team's court, then she scored a point or a sideout with her cross court hit.

The line shot is another hitting or shot option for the spiker which requires the hitter to contact the ball so it travels parallel to and within the sideline closest to them.

Spike Definition Volleyball Terms For Four Types of Attack Hits
Where do you need to go now?