What're Terms For Volleyball Blocking Skills All Blockers Should Know

I describe blocking terms which explain common volleyball blocking skills and techniques varsity players know like "roof", "the joust" and the "kong block." 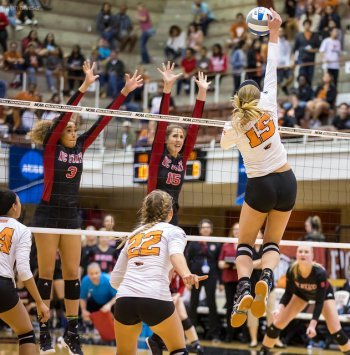 Terms For Volleyball Blocking Skills: After the serve, blockers at the net jump to deflect an attack hit to keep the ball from crossing the net. (Ralph Aversen)

Welcome to my blocking page where I describe volleyball blocking skills like;

I also explain different types of blocking in volleyball like

What're Basic Volleyball Blocking Skills All Blockers Should Know Well
How many types of blocks are there in volleyball? 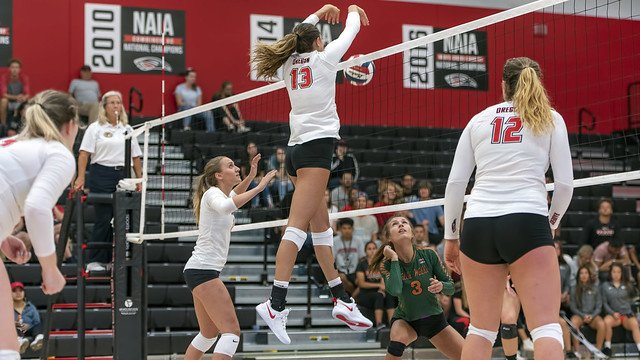 Terms For Volleyball Blocking Skills: A roof is a blocking action that leaves no room for the hitter to hit past the block and results in the ball going straight down (Al Case)

A roof is volleyball slang for a strong aggressive blocking action made by a blocker who penetrates hands, arms and shoulders over the net to completely stop and shut down a hard hitting hitter. 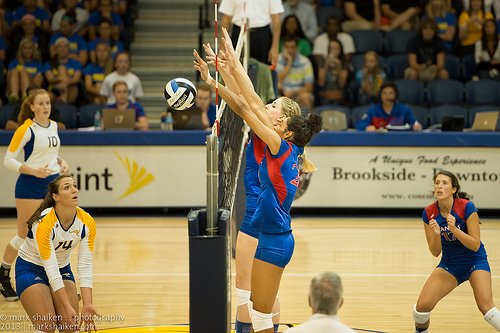 Terms For Volleyball Blocking Skills: The shape of a blocker hands arms and shoulders when penetrating over the net to block looks like the shape of a roof on a house. (Mark Shaiken)

The shape of a blocker's hands, arms and shoulders when penetrating over the net to block looks like the shape of a roof on a house. 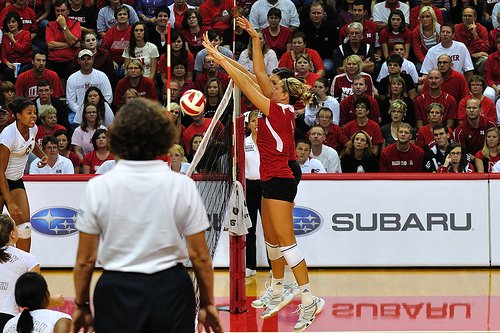 Terms For Volleyball Blocking Skills: When the hitter can't hit past the block and is blocked straight down usually inside the ten foot line, it's called a "roof." (John Carrel)

When this volleyball blocking action leaves no room for the hitter to hit past the block and results in the ball going straight down at a high speed back into the hitter's court typically within the ten foot line, it's called a "roof."

This is the volleyball slang word most players use when they successfully make an aggressive blocking move against that one opposing player that has been making really hard spikes during the game and has been scoring a lot of points. 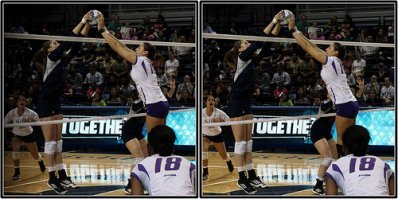 East Carolina vs. Rice In A Blocking Volleyball Joust At The Net. A joust occurs when two players contact the ball over the net at the same time. (Michael E. Johnston)

A joust occurs when two players contact the ball over the net at the same time. 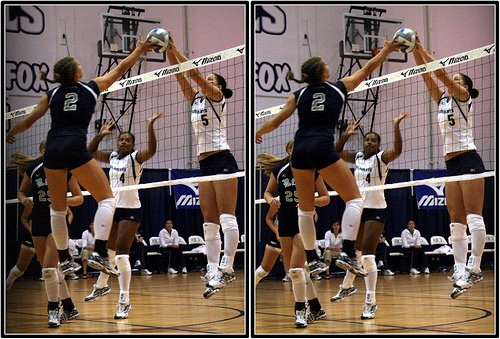 Terms For Volleyball Blocking Skills: A joust occurs between one blocker and one hitter who was trying to tip the ball over the blocker and instead the ball was set close to the net (M. E. Johnston)

This action occurs between two opposing blocking volleyball players, or one blocker and one hitter who was trying to tip the ball over the blocker and instead the ball was set close to the net, so now both players are contacting the ball at the same time, with both of them trying to push the ball into the other team's court.

Nine times out of ten, if two opposing players go up to contact a ball at the same time over the net, the last player to contact the ball almost always wins because they have momentum on their side. 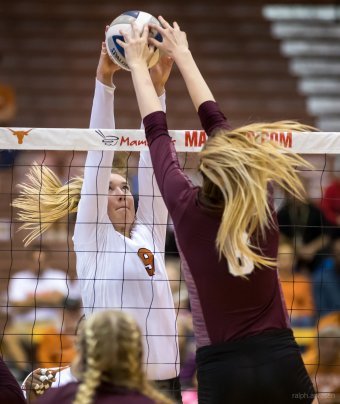 Terms For Volleyball Blocking Skills: If two opposing players go up to contact a ball at the same time over the net, the last player to contact the ball almost always wins (Ralph Aversen)

Their advantage is that they are going up and pushing the ball over while the first player is coming down from their jump losing momentum and power as they get closer to the ground.

That's the secret to winning the joust.

It's one of the most important blocking secrets for short players. You must  try to be the second player to touch the ball in a joust.

Once I learned this trick of being the second player to touch the ball, I hardly ever lost a joust because I knew that all I had to do was wait as long as I could, then once I saw the opposing player touch the ball then I put my hands on the ball and pushed it over into the opposing court.

The phrase "Kong" block refers to a player who blocks a volleyball with one arm instead of two.

The Kong block was made famous and popularized by American beach champion and Hall of Fame inductee Randy Stoklos. 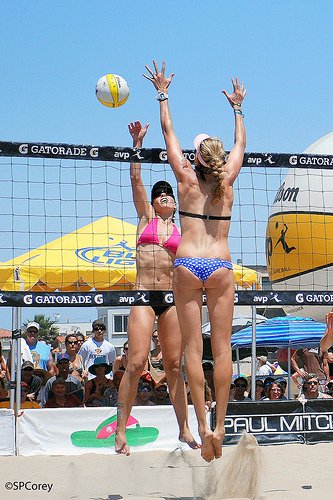 Kerri Walsh "Kong" Blocking The volleyball blocking term "Kong" block refers to a player who blocks a ball with one arm instead of two.(Photo by Steve Corey)

When he managed to block the ball, it was with one arm and it was a spectacular play.

Starts May 1 at 9am Ends Today 9pm