Volleyball Offense Strategies For The Various Sets That Setters Run

Learn different types of sets and the volleyball offense strategies that beginner players learn about how to attack balls in volleyball games and matches.

Volleyball Offense Strategies: A setter can "run a play" with a series of slow or fast sets. Fast sets are low to the net, slow sets are typically higher 8 - 10 feet above the top of the net.


What are volleyball hand signals setters use to communicate volleyball offense strategies to hitters?

Easy Volleyball Offense Strategies for Beginners:
The Four Set, The One Set, The Five Set

The "4 - 1 - 5" play is the play most commonly run by setters and is one of the easiest volleyball offense strategies to learn. 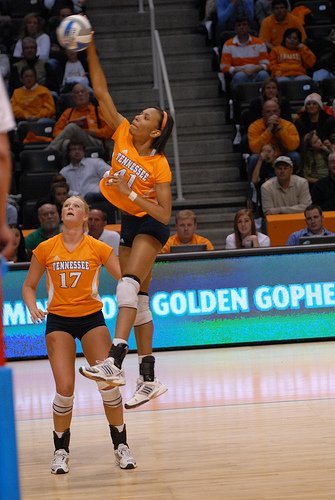 Volleyball Offense Strategies: The "4 - 1 - 5" play is one of the most common volleyball offensive plays run by setters and is the easiest offensive play to learn. (Tennessee Journalist)


After the pass, the setter gets to the ball, then squares her hips to face Zone Four.

With their body under the ball and hands outstretched above their forehead the setter pushes the ball high to the ceiling towards Zone Four so once the ball peaks 8 - 10 feet in the air, it comes down just inside the antenna closest to the first referee and 1-2 feet off the net.

The setter contacts the ball with all ten fingers above their forehead, but then they push it behind them, high towards the ceiling so that it drops just inside the antenna closest to the second referee, inside the court and a foot off the net.

The most common volleyball offense strategies set to the left side:

Volleyball Offense Strategies: The middle blocker hits a quick and low set that's 1-2 feet in the air right in front of the setter in Zone 3. (Ralph Aversen) 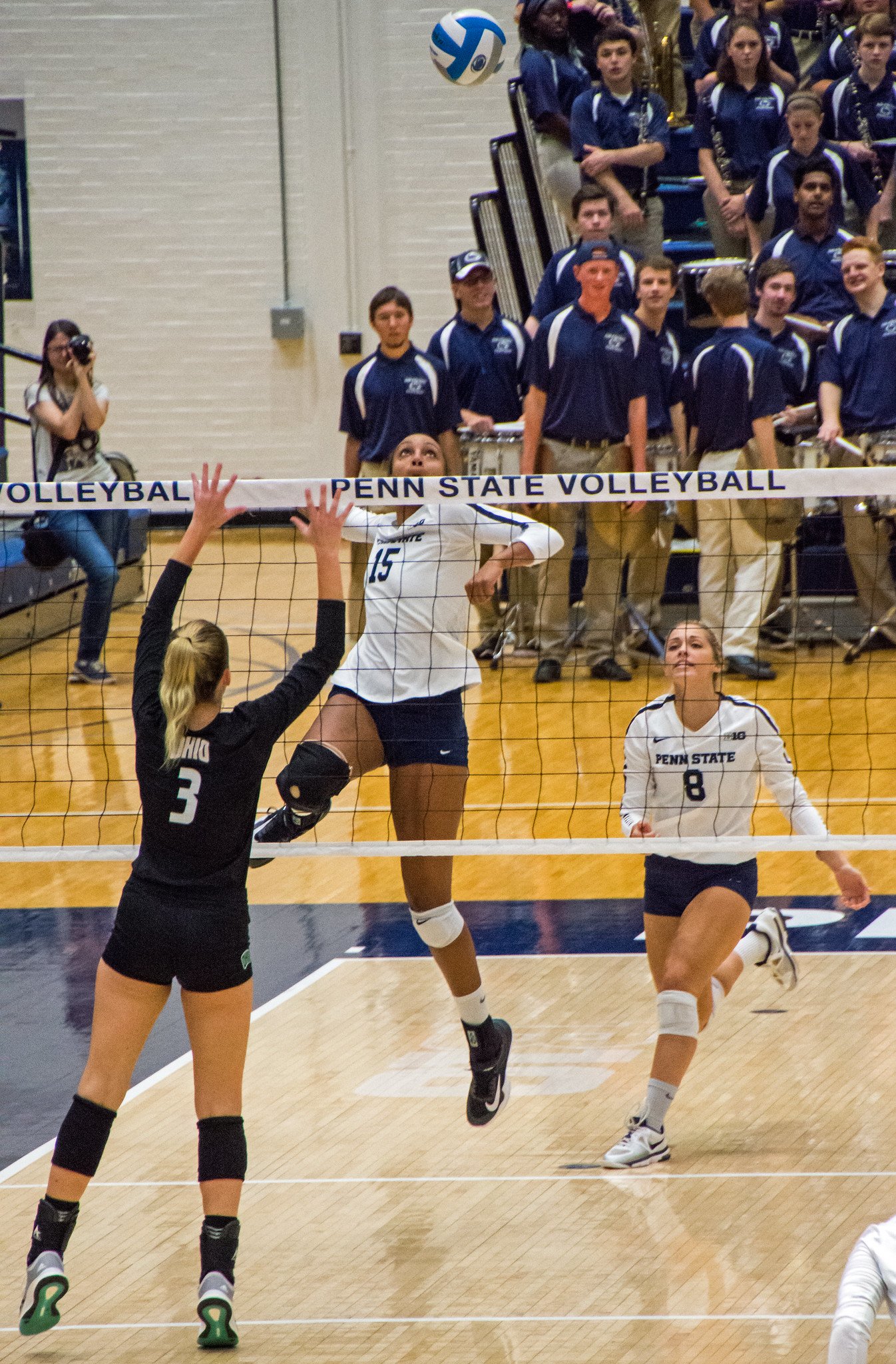 Volleyball Offense Strategies: The "slide" set is a flat high speed back set that falls just 4 - 5 feet away from the setter between Zone 3 and Zone 2 after peaking 1-3 feet above the top of the net.