These 2 hitting terms are the spike volleyball definition of the word "kill" and the word "attack" used on the scoresheet used when a player scores a point. 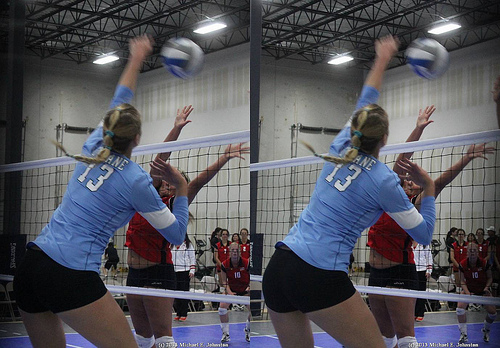 These 2 hitting terms are the spike volleyball definition of the word "kill" and the word "attack" used on the scoresheet used when a player scores a point. (Michael E. Johnston)

during a volleyball rally in an attempt to score a point. 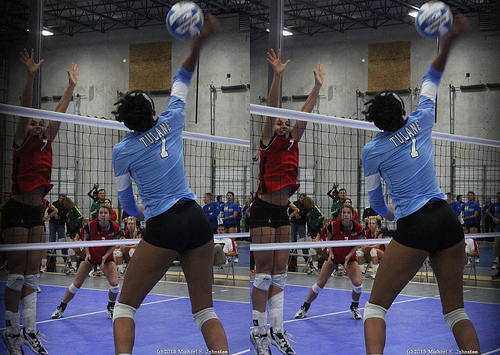 The spike volleyball definition for an 'attack' or 'attack hit'is when a player swings aggressively to hit a ball over the net into the opponent's court to score a point.(MEJ)

An 'attack' or 'attack hit' is done by a spiker also called an 'attacker' or 'hitter' in volleyball jumps and swings to hit a ball that's above the net on their side, over the net into the opponent's court in an attempt to score a point during a rally.

Spike Volleyball Definition
Types of Attack Hits:
What is attacking in Volleyball? 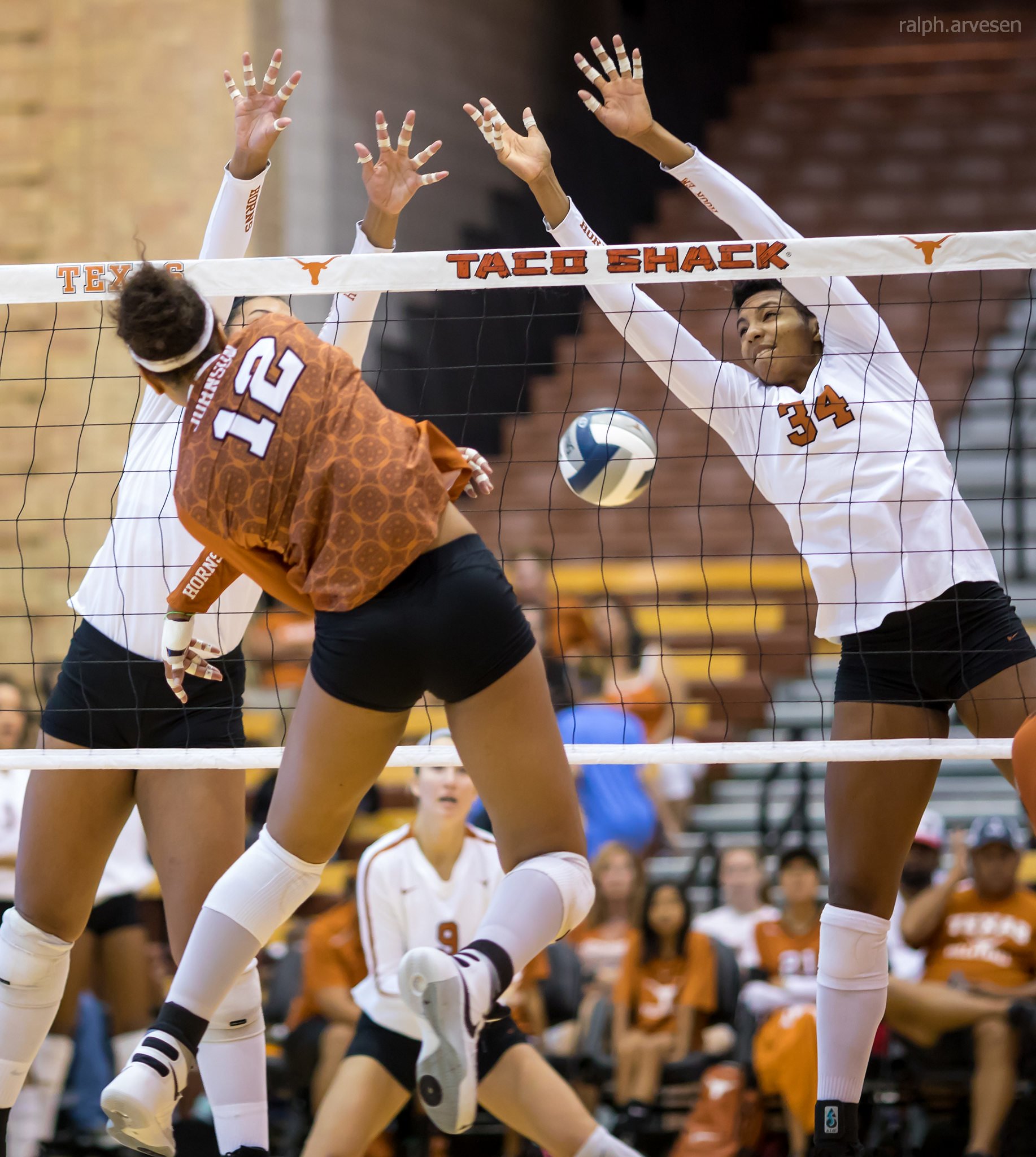 The spike volleyball definition for an attack: An aggressive attack is called a hard hit or spike when a spiker uses an approach jump and overhead armswing to contact the ball (Aversen)

An attack or 'attack hit' can be

Another 'type of attack' can also be an underhanded contact with the ball used when passing the ball is the third contact made on the ball over the net during a rally.


Spike Volleyball Definition Hitting Terminology
What is a Kill?

A hitter, attacker or spiker is credited with a 'kill" long as the ball gets past the block and hits the floor without the opposing team being able to play or pick it up, then the "attack hit" is called a "kill"

A 'kill' is a statistical term used to give credit on the stat sheet to an attacker who scores a point with an attack hit.

An attack which usually occurs on the third contact in a rally can take many forms.

You will be credited with a 'kill' if you score a point with any of the above types of hits. 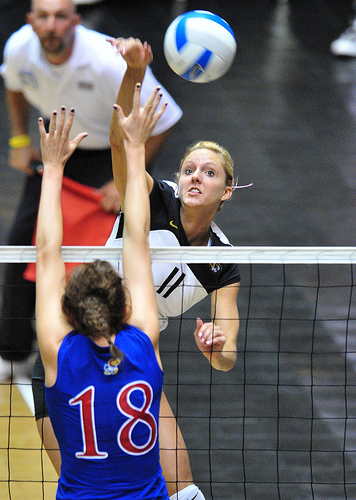 Spike Volleyball Definition: A kill can be a spike or a tip that gets past the block and hits the floor. You're credited with a 'kill' if you score a point with a tip. (Wunderlich Photography)


Where Do You Go From Here?


Read more about the spike volleyball definition on these pages.