These volleyball terms describe the court zones where outside hitters are taught to aim their hard driven spike in volleyball to score points in a rally. 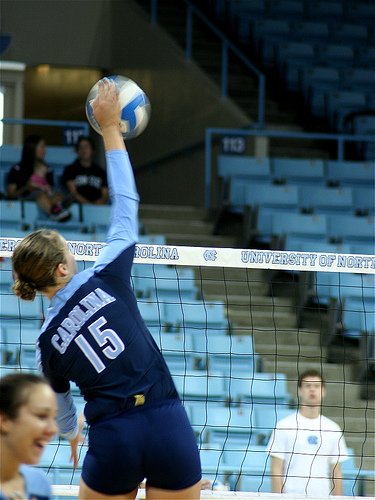 Outside hitters are taught to aim their hard driven spike in volleyball to specific areas on the court in order to score points in a rally.

This list of volleyball words describe the zones on the court that varsity outside hitters are taught to aim their spike in volleyball for in order to score points in a rally.


Watch Kate's hard driven spike in volleyball out of the middle to the opposing team's cross court.

The Line Shot: Hitting Down The Line

Right side hitters spiking from RF, right front or zone 2, would hit a line shot if they spike a ball or send an offspeed shot in or near zone 4 or zone 5 of the opposing team's court.

Left side hitters attacking the ball from left front, zone 4, means you spike the ball or hit an offspeed shot to zone 5 of the opposing team's court. 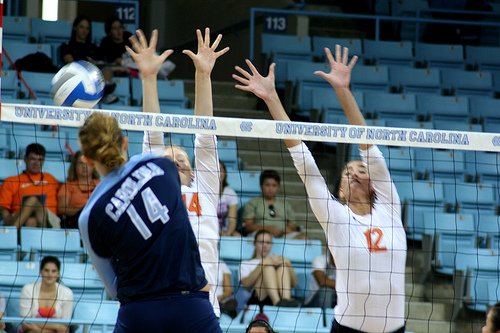 Volleyball Hits: Left side hitters attack the ball from zone 4, means hitting a line shot to zone 5 of the opposing team's court.

A cross court hit occurs when a hitter contacts the top third of the ball with their thumb turned down which directs a hard driven spike in volleyball to a court zone located within the opposite sideline from where they are attacking from.

If you're a left side hitter attacking a ball from Zone 4 on your side of the net and your hard driven spike in volleyball lands anywhere inside Zone 4 or Zone 5 on the opposing team's side, then that's a cross court hit.

A Hard Driven Spike in Volleyball: A left side hitter hitting from Zone 4 with a ball that lands in Zone 4 or Zone 5 on the opposing side, then that's a cross court hit. (Al Case)

How do opposite hitters attack cross court?

If you're an opposite hitter attacking the ball from Zone 2, RF on your side and the ball lands inside zone 2 or zone 1 on the opposing team's side, then you've just made a cross court hit. 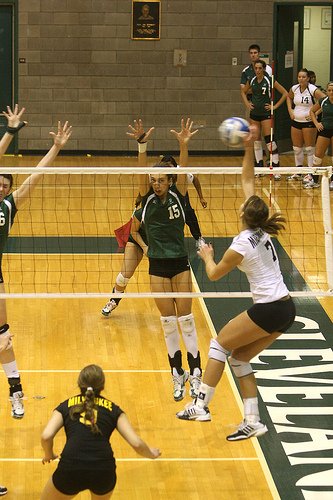 The seam is another name for the hole in the block created when blockers hands don't close the space between them.

The hitter exploits the seam in the block by aiming their hard driven spike in volleyball right for that hole which is difficult for the back row defense to pick up and play if they don't have a libero or defensive player in place to specifically dig balls that have been hit through the seam.

A Hard Driven Spike in Volleyball: The hitter exploits the seam in the block by aiming the ball right for that hole which is hard for the back row defense to pick up (Aversen) 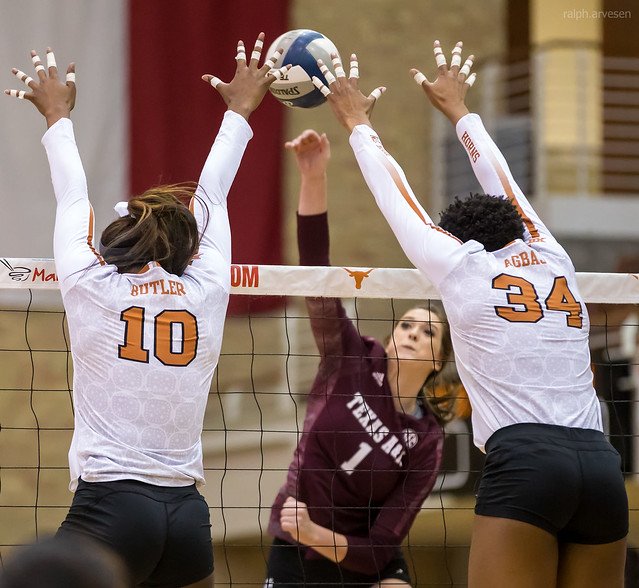 Volleyball Hits : The hitter exploits the seam in the block aiming the ball for the hole which is hard for the back row defense to pick up (Aversen)

This shot is primarily used in beach volleyball and is very effective as a hitting option for players.

Volleyball Hits: That strong back row hitter can attack the ball from the back court as long as they stay behind the ten foot line when they contact the ball.

The setter can set  the strong hitter that has rotated to the back court. That strong back row hitter can attack the ball from the back court with a hard driven spike in volleyball as long as they stay behind the ten foot line when they contact the ball.

If the hitter starts their spike approach steps from behind the ten foot line, then hits the ball while they are in the air above the ten foot line and lands in front of it, that is still a legal hit.

The Hard Driven Spike in Volleyball:
Where do you need to go now?