5 top setting coaches show you how to improve your setting skills with their favorite volleyball setting drills you can do at home or at your next practice.

What makes @settercollegevb different is all up and through here. Tag three people who could benefit from this training ⬇️. #SetterCollege #Volleyball (@chrispaustincoaching)

These volleyball setting drills are explained by five accomplished setter coaches who are specialists in teaching and coaching this skill.

Hear from these five experts...

...about what their fave volleyball setting drills are, why they do them and what you can expect to gain by doing them too. 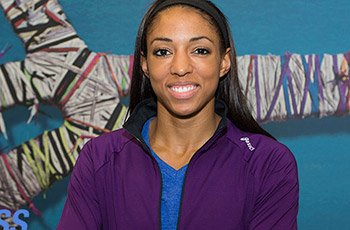 In this video Alisha talks about how easy the "catch and release" contact of the ball during your setting technique should be.

Watch as she demonstarates an "easy-to-do" at-home floor drill which aims to help you improve your setting form.

If you're looking for volleyball setting drills to do at home, the second suggestion focuses on wall drills which I highly recommend doing.

Especially as you move away from the wall, wall drills are good for building hand and shoulder strength and increasing accuracy.

Kele demonstrates two volleyball setting drills that help the setter "feel" where the middle blocker is going to take-off and land.

The drills are designed to help build a better connection between a middle blocker and her setter.

Christy shows us drills that work on developing hand strength and release quickness for a setter.

Secondly working on setter movement where the setter has to quickly get to a ball, beating the ball to  the spot where its going to land, getting "squared" to the the antenna at Zone 4 and contacting the ball before setting it to the target.

Lastly, Christy shows us a couple of drills that work on improving setter vision.

Lauren Carlini Does Volleyball Setting Drills That You Can Do

One of our countries best young setters, Lauren Carlini is now a professional volleyball setter and a member of the US Women's National team.

Watch her as she goes through a setting session her freshman year, at her alma mater the University of Wisconsin.

Chris is a Division I NCAA championship winning setter.

He shows us some great setting drills he has his young setters do in practices and that you can do at-home.

Leave Your Comments Below

Thank you so much for visiting this site and reading the info on this page.

I'd love to know what did you think of this page and the information on it?

Leave it in the comments below. I'd love to join in the discussion.

Have A Great Setting Drill Or Want To Comment About This Topic?

Do you have a great setting drill you practice all the time and want to share it with our audience? Share it! Or comment on the drills you listened to and learned about on this page. Add your thoughts.

Volleyball Drills:
Where Do You Go From Here?