These middle blocker tips help you decide if you need to block certain hitters cross court or down the line and what team blocking strategies are going to be. 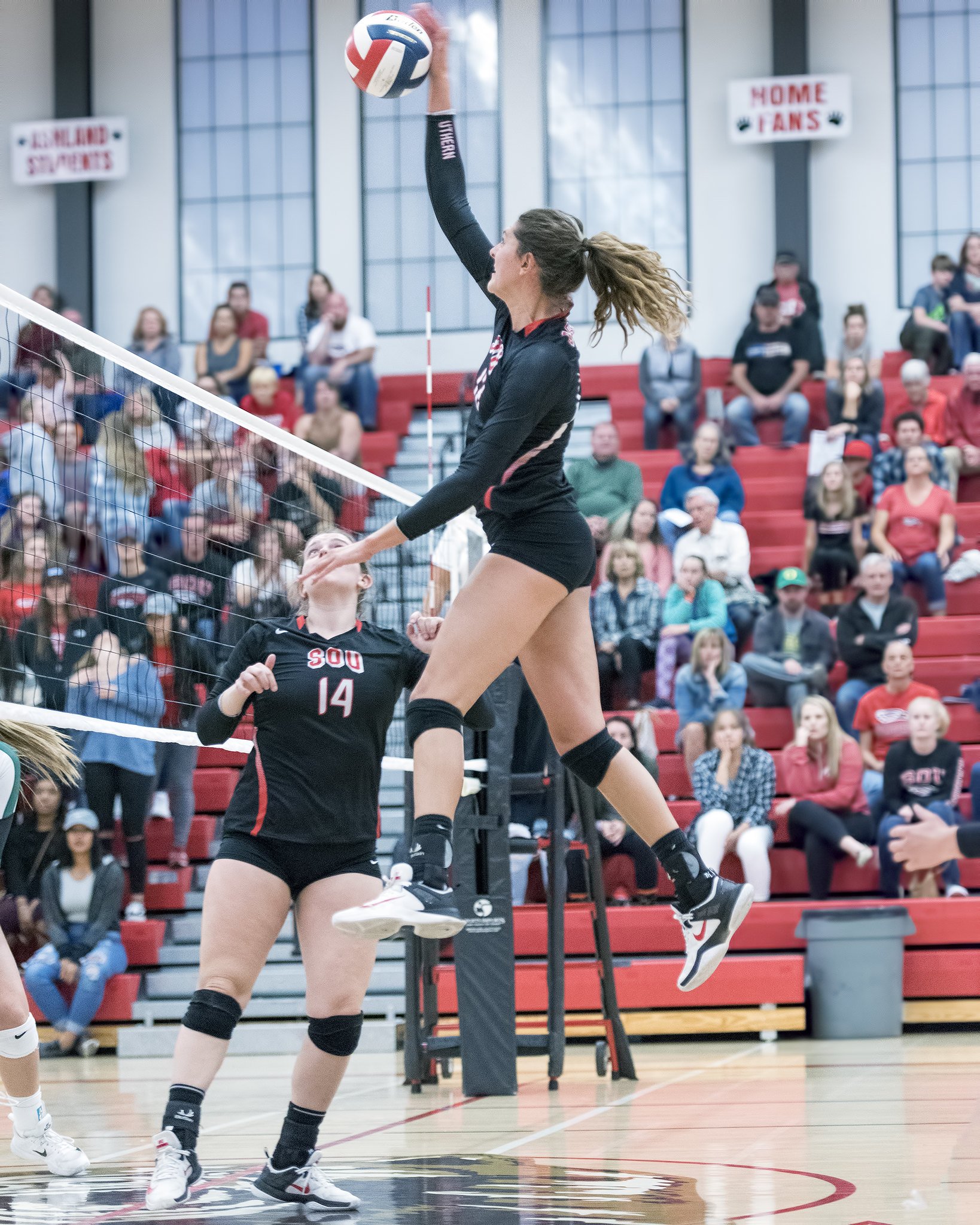 Middle blocker tips: Blocking strategies are important so the front row and back row work together in defense so everybody is on the same page about each other's responsibilities.(Al Case)

As a middle blocker....what rules or volleyball blocking strategies do you need to remember to be effective in stopping the opponent's attack at the net?

Middle Blocker Tips
Take Only One Area of the Court 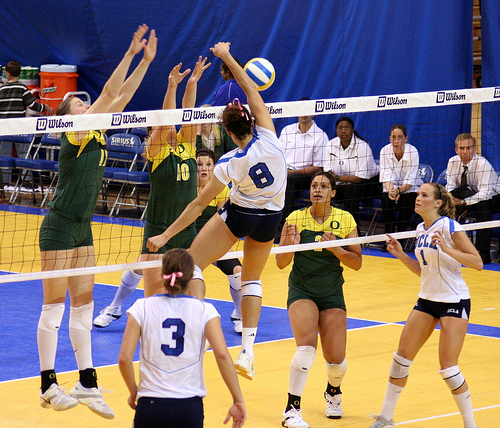 Middle Blocker Tips: Take one area of the court away when blocking so the defensive players in the backrow know exactly where to be behind them. (JMR Photography)

One of the more important middle blocker tips,  you as a front row player on defense should remember is to commit to only taking one area of the court away when you are blocking an opponent.

As a middle blocker you need to learn to read the opposing team's hitter in front of you for clues as to how she intends to attack the ball.

Its important to keep your eyes on the hitter, her arm, which will give you early indications as to whether she will hit the ball and in which direction she plans to do it, either down the line or cross court.

As a blocker in the front row, your job is to be efficient and disciplined enough to only take ONE of these directions away. 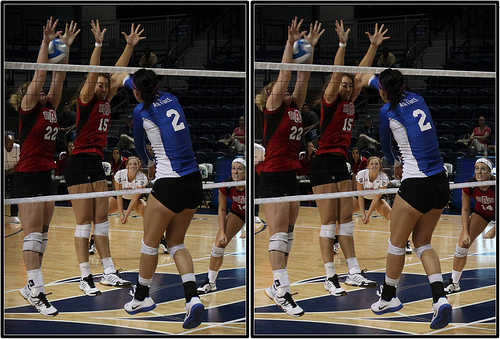 In the above picture of the Arkansas blocker volleyball, it looks like the blocking strategy was to take away the line area from the hitter  in the blue jersey wearing no. 2 which they did successfully.

Notice that had the hitter decided to hit the ball cross court, the red team's libero who can be seen wearing the white jersey  was clearly ready to do her job which was to dig any of that hitter's cross court angle hits had she chosen to do so. 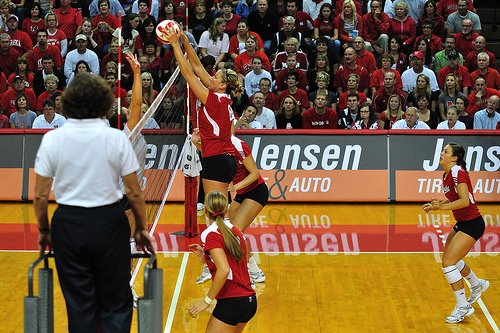 Based on the scouting report the coach may assign you, the middle blocker, to a particular hitter or will tell you when to block or not block another opposing hitter.(photo John Carrel)

When a team makes a decision like this it usually isn't a random choice that just happens.

It's a part of a team's defensive plan, which includes the volleyball blocking strategies they choose to follow.

Blocking strategies are usually chosen by the head coach and are practiced in team defensive drills the week leading up to a match.

Middle Blocker Tips: Scouting Reports help establish what your volleyball blocking strategies should be against your opponent

The team defensive volleyball blocking strategies that your coach decides to have your team use will depend on the scouting report he or she has which explains what the opposing hitters tendencies are.

The team studies a scouting report together usually in meetings while the players watch video of the opposing team's offense and defense.

They watch video and take notes and develop an understanding with guidance from their coach about what the opposing team does in certain circumstances, what their tendencies are, what their weak points are and what their volleyball blocking strategies are.

The scouting report will usually answer some of these types of questions. 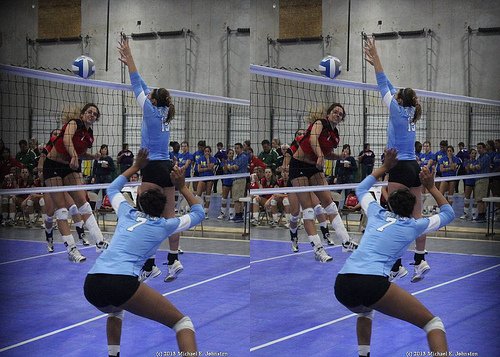 This is just a sample of some of the questions that need to be answered so that a coach can establish which team blocking and defensive strategies the team will implement in their next match. 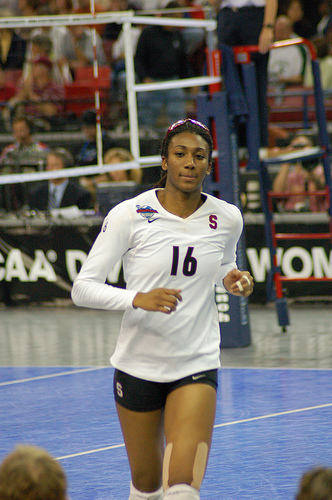 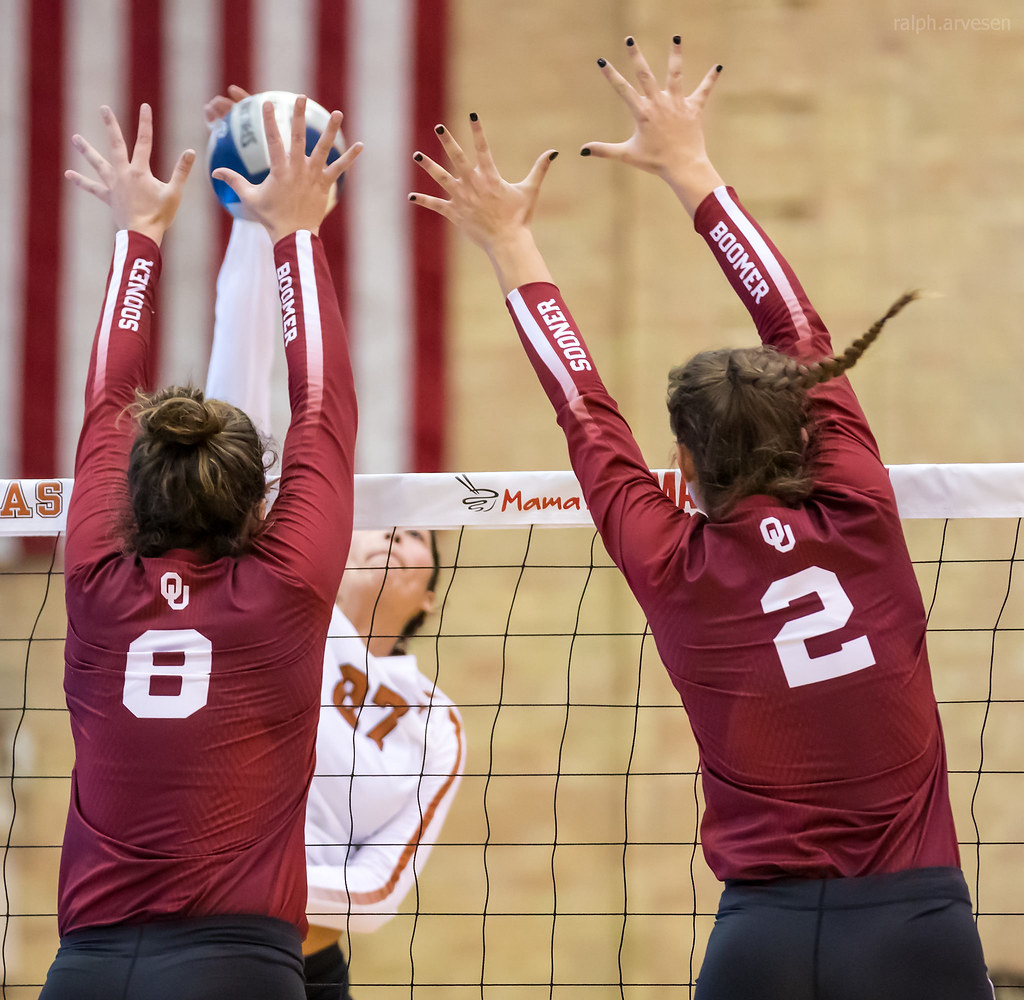 Middle Blocker Tips: Oklahoma Sooner middle blocker closes the seam as she closes down the line with her left side blocker. (Ralph Arvesen)

Based on the scouting report the coach may assign you, the middle blocker, to

The coach may tell your teammate to

Whether you are on a team with a coach who decides the defensive strategies or you are on a team where the players make the choice, as a middle blocker in volleyball, its important for a decision or a game plan to be formed, a strategy developed so the front row and the back row work together in defense and everybody is on the same page about each other's responsibilities.


Middle Blocker Tips:
Where Do You Go Now?

Read more about volleyball blocking on these pages.